SEOUL, Jan. 10 (Yonhap) -- South Korea's foreign ministry said Thursday that it has not made any decision yet over Japan's recent request for bilateral diplomatic talks regarding an escalating dispute over Tokyo's wartime forced labor.

The request came after a South Korean court approved the petition last week to seize Korea-based assets of Nippon Steel & Sumitomo Metal at the request of victims of forced labor during Tokyo's 1910-45 colonial rule.

"We have already told you that the (Seoul) government will review the request prudently," Noh Kyu-duk, the ministry's spokesman, told a regular press briefing.

"No decision has been made yet on details about the diplomatic consultations," he added. 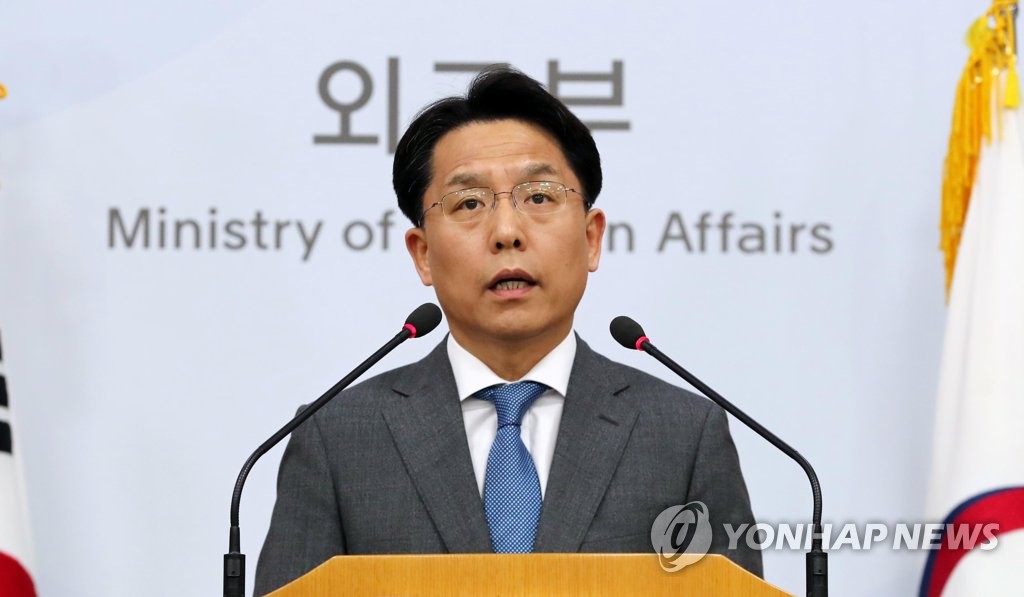 Japan's call for the talks is based on Article III of a 1965 treaty between Seoul and Tokyo that normalized bilateral ties.

It stipulates that the two sides are to settle any dispute related to the treaty primarily through diplomatic channels. If they fail to settle it, the case can then be referred to an arbitral commission consisting of three members -- one each from the two sides and the other from a third country.

Tokyo has argued that all reparation-related issues related to its colonization of South Korea were settled through the treaty.

There's a view that Japan may be seeking to pressure Seoul to make concessions in the escalating tussle through what could be a cumbersome procedure under the treaty. Some observers said Tokyo may consider other options, including imposing tariffs on South Korean products.

During his first press conference in the new year earlier in the day, South Korean President Moon Jae-in called on Tokyo to have a "more modest position," attributing the dispute to the two countries' "unfortunate" past.

He reiterated that the government cannot intervene in the judiciary's decision, while noting that it is "undesirable" for Japanese politicians to politicize the issue and escalate it into a controversy.

The neighbors have also sparred over Tokyo's claim that a South Korean warship directed fire-control radar at its maritime patrol aircraft last month.

Seoul dismissed the claim, saying its destroyer was just operating on a "normal" humanitarian mission to rescue a North Korean ship drifting in the international waters of the East Sea.

(LEAD) S. Korea says no decision yet over Japan's request for talks over forced labor dispute

(LEAD) S. Korea says no decision yet over Japan's request for talks over forced labor dispute