The sports community is reeling from allegations raised by Olympic short track champion Shim Suk-hee that she'd been sexually assaulted by her former coach, Cho Jae-beom, for several years.

Cho is serving a 10-month term for physically assaulting Shim and three other skaters. Shim filed a complaint against Cho over alleged sexual assault on Dec. 19, and it was first reported by the media Tuesday.

In a statement, Korean Sport & Olympic Committee (KSOC) President Lee Kee-heung apologized to Shim and her family, as well as the public, for the incident. 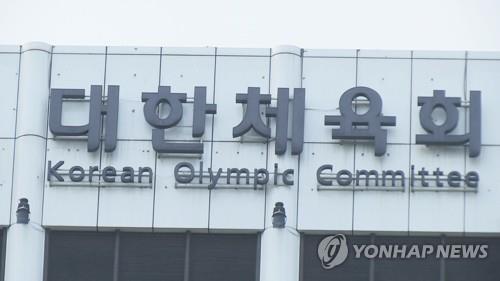 "The KSOC and the government have established a system to improve the rights of our athletes and to prevent violence and sexual misconduct in sports," Lee said. "But this case has demonstrated that our system has major flaws."

Shim accused Cho of assaulting her in the locker rooms at the two national, KSOC-run training facilities -- in Seoul and in Jincheon, 90 kilometers south of the capital city.

Lee said he was especially sorry that the alleged sexual assault happened at the training centers, where the athletes should be "protected more than anywhere else."

Lee said the KSOC has put together a special inspection team to carry out its own investigations in Seoul and Jincheon. Another task force, made up of legal professionals and human rights experts, will check with national and regional sports federations for any cases of sexual misconduct, embezzlement and match fixing, among other irregularities.

The KSOC will install closed-circuit television (CCTV) cameras across the two national training centers and set up emergency bells in all locker rooms, Lee added.

"We'll apply a zero tolerance policy on perpetrators of sexual violence, so that they will never be allowed to set foot in sports again," Lee said. "We'll also try to protect the victims the best we can."