Kang is also scheduled to pay a courtesy call on the Sultan Haji Hassanal Bolkiah, according to the ministry's spokesman Noh Kyu-duk.

In 2019, South Korea and Brunei mark the 35th anniversary of establishing diplomatic relations. 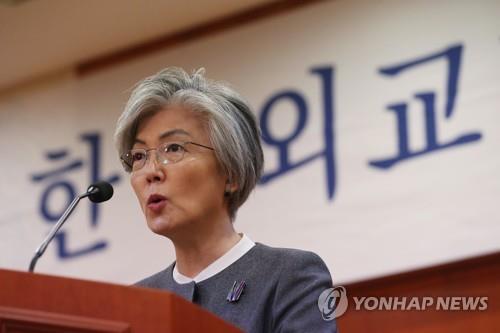 It's also the 30th anniversary of Seoul's formal dialogue with the 10-member ASEAN regional grouping. ASEAN stands for Association of Southeast Asian Nations.

"The talks this time will serve as an important opportunity for consultations on ways to promote bilateral cooperation with Brunei, which has assumed the three-year role as country coordinator for the South Korea-ASEAN Dialogue since August last year, and develop South Korea-ASEAN relations," he said at a press briefing.