It brings together big-name actor Jung Woo-sung and rising actress Kim Hyang-gi of the "Along With the Gods" series, with a story that is led by the bumpy but inspirational growth in their characters' relationship.

Jung plays Soon-ho, who, disillusioned with his past as a passionate activist lawyer, seeks to clinch lucrative partner status at a big law firm by defending a suspect in a high-profile murder case.

Kim is Ji-woo, an autistic teenage girl with high intelligence and a graphic memory, who is the only witness to the mysterious murder.

Soon-ho mobilizes all his resources and charm to befriend Ji-woo and persuade her to take the witness stand at court.

As the reclusive Ji-woo opens up to Soon-ho, he rethinks his career ambitions and rediscovers his old activist conviction.

"In the past, I have done really charismatic films and characters. This scenario (changed all that) and gave me a feeling of warmth and healing," Jung Woo-sung said in a press conference for the upcoming film on Thursday. "This film is something that warms your hearts too."

"Soon-ho meets Ji-woo at a point when, under the enormous pressure of making a living, he compromises his conviction in favor of his personal betterment," he said. "It's a story about growth, where he looks back on the true value of life and his raison d'etre." 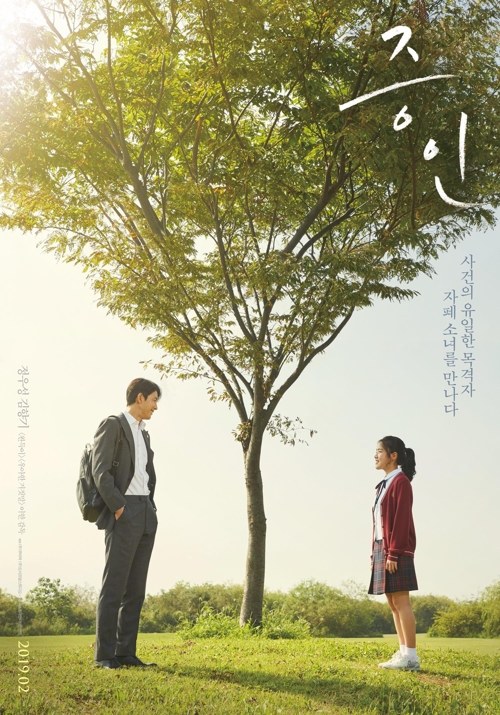 Jung and director Lee both expressed admiration for the 19-year-old Kim for bringing alive the autistic character on film.

"Ji-woo is a girl who doesn't speak much, but has a high level of sensitivity to each circumstance," Kim said, adding that she intended to channel these characteristics into Ji-woo's subtle hand movements.

The film is the second collaboration between Jung and Kim, who shot a TV commercial together in which Kim debuted on the small screen at the age of two.

"I was amazed to be reminded of the 29-month-old baby (she was at our first meeting)," Jung noted. "But Hyang-gi, to me, is more of a very nice colleague whose innocent image from her previous films including 'Thread of Lies' inspired me greatly."

The new film's scenario, created by Moon Ji-won, won the top prize of a scenario competition hosted by Lotte Group's entertainment arm in 2016.

"My heart was instantly moved as soon as I read the scenario for the first time. I felt a wholly different person after reading it and wanted to let many other people see it," the director said.

With his previous films, Lee explored lesser known corners of Korean society such as the life of multicultural minority families through the perspective of a humanist and a humorist.

The upcoming film, produced by Lotte Entertainment and set to hit local cinemas sometime in February, is in keeping with his signature style.

"Those stories just appeal to me as the most hilarious and interesting," the director said. "It has a well-knit story and you will have fun just following its plot." 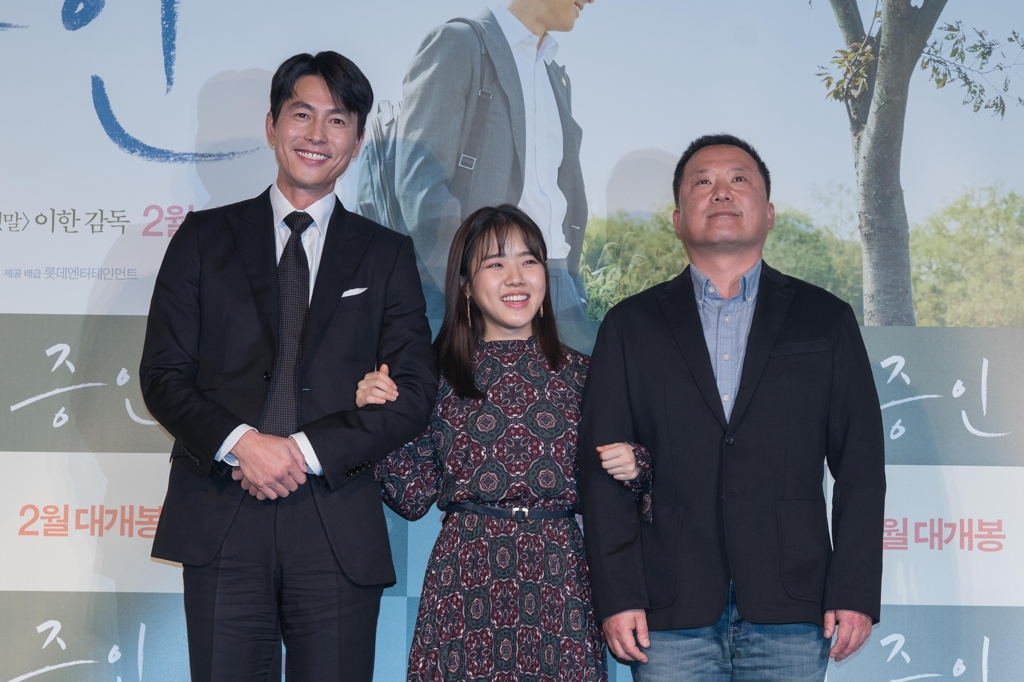