SEOUL, Jan. 10 (Yonhap) -- An interest group for skaters claimed on Thursday there are more victims of sexual assault in speed skating than publicly known so far.

Representatives of Solidarity for Young Skaters and 17 other civic groups related to sports and women's rights held a joint press conference in Seoul on Thursday, denouncing the culture of physical and sexual violence rampant in South Korean sports. 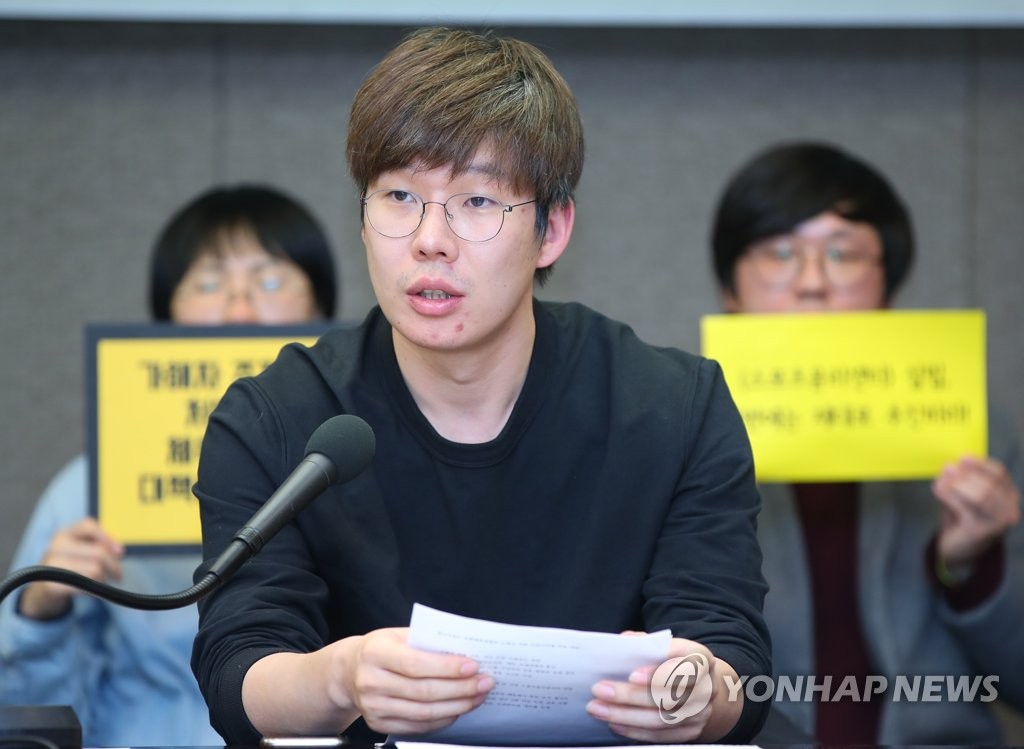 Cho is already serving a 10-month prison term for a physical assault conviction, and police are now looking into Shim's accusations that Cho sexually assaulted her, made in December but first reported by the media on Tuesday.

Yeo Jun-hyung, head of the Solidarity for Young Skaters, said he has received reports on a half dozen suspected cases of sexual violence in skating, and two people have told the organization that they had been sexually assaulted.

According to Yeo, other suspected victims include an active athlete and a skater who was allegedly assaulted while she was still a minor.

Yeo, a former national short track coach, said his organization had planned to hold a press conference next Monday so that alleged victims could identify perpetrators. But after the emergence of Shim's fresh allegations against Cho, those suspected victims starting having second thoughts, Yeo said.

"For these athletes, the most important thing is to continue their competitive careers," said Yeo, a former national short track coach.

Yeo said the power structure in the Korean skating community makes it difficult for assault victims to seek justice.

"Victims and their parents tend to think that nothing will change even after they name names," Yeo said. "So they often suffer in silence. The top-down hierarchy across sports gives people at the top too much power and influence."

Also at the press conference, the participating organizations called on national sports leaders, including Korean Sports and Olympic Committee President Lee Kee-heung, to hold themselves accountable for the scandal and resign. 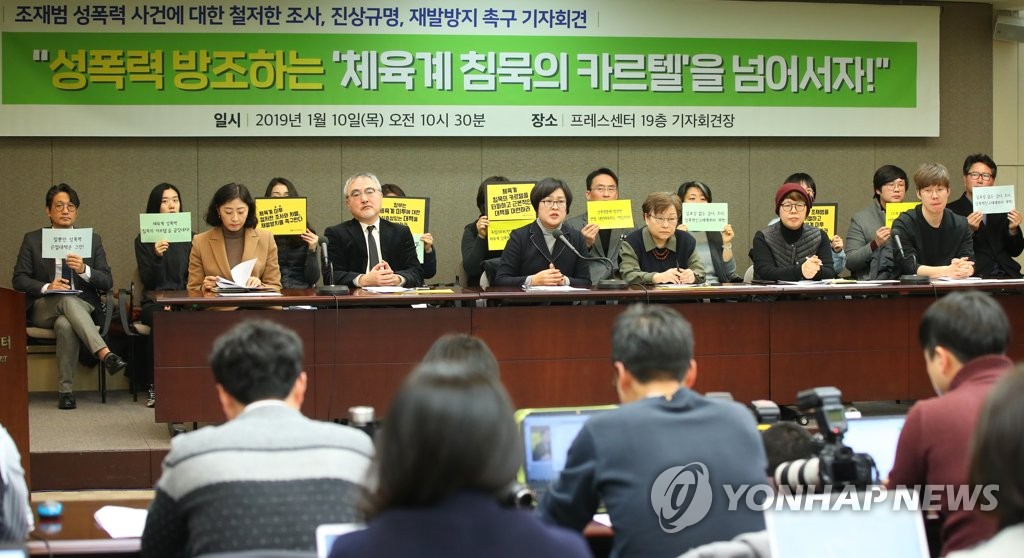