Cho recently signed with West Ham United Women FC in the Football Association Women's Super League (WSL), the top-tier league of women's football in England. The 30-year-old midfielder, who can also play as a defender, said she wants to play against Ji So-yun, who is with Chelsea Ladies FC in the same league.

"Because of Ji, I was able to play there," Cho told reporters ahead of the national team training at the National Football Center in Paju, north of Seoul. "I hope I can also play well and help other young South Korean players who wish to play in England." 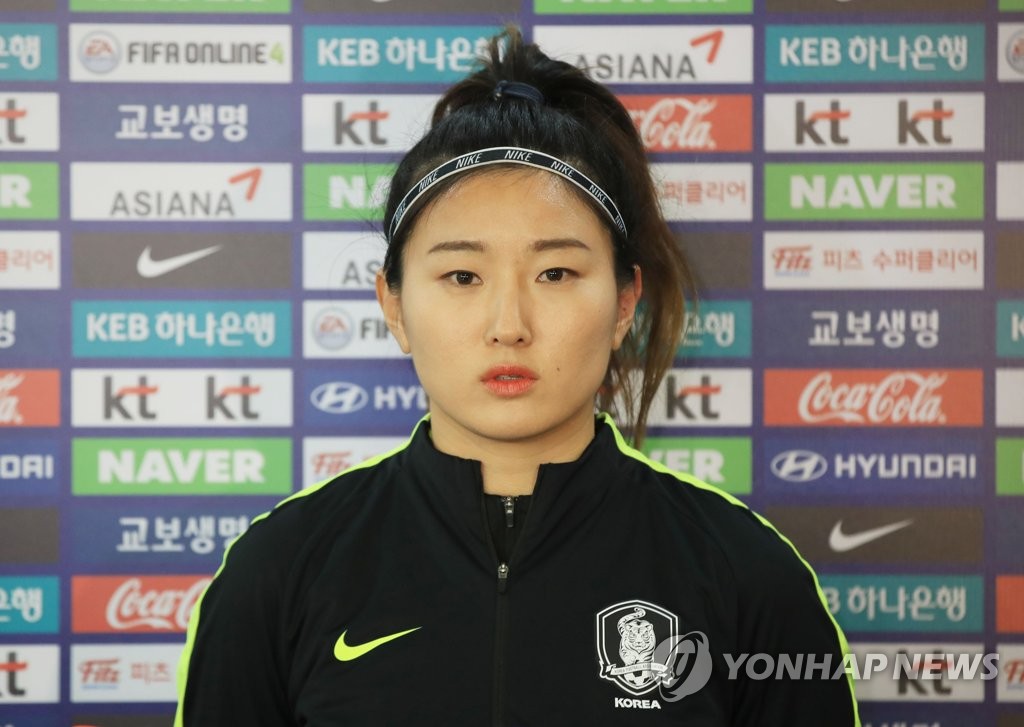 Cho is the second South Korean woman to play for an English club after Ji. She previously had stints with Avaldsnes IL of Norway and INAC Kobe of Japan.

Cho said her overseas experience can be helpful for South Korea preparing for the 2019 FIFA Women's World Cup. South Korea are in Group A with hosts France, Norway and Nigeria.

"Foreign players have power and pace, so it's important for us to overcome their pressing game," she said. "We also have our own techniques, so if we can combine our strengths well, we'll get a good result."

South Korea will compete at the four-nation tournament held in Meizhou, Guangdong province, in China, from next Thursday to Jan. 20, to fine tune preparations for the Women's World Cup.

Cho is one of the 25 players who were called up for the friendly tournament. The squad will depart for China on Friday.

Cho said, as team captain, she feels more responsibility, but is ready to lead the players again. After all, she is most capped South Korean female player with 115 caps.

"I believe if I do well, our young players will do well," she said. "We have some new faces coming to this team, so it will be a good opportunity to check our performance with them."

Cho was a member of the South Korean team that reached the round of 16 at the 2015 Women's World Cup in France. Asked about her goal for the 2019 edition, Cho said she wants to achieve better results than the previous World Cup.

"Last year, it was the men's World Cup, but this year, it's our turn to compete at the World Cup," she said. "We want to reach the round of 16 at least, and hopefully go beyond that stage." 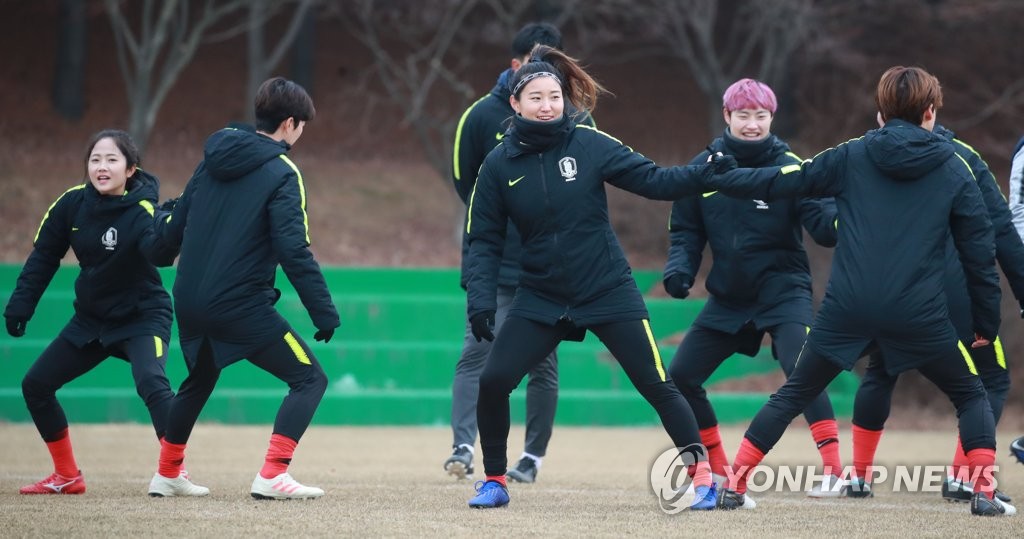