Yeo was considered a sure pick for the 2015 Women's World Cup in Canada but missed the tournament after sustaining a knee injury during a practice match. She then had to watch South Korea reach the round of 16 on television.

"I suffered great pain four years ago, but this time, I really want to go to the Women's World Cup," Yeo said to reporters at the National Football Center in Paju, north of Seoul. "I will try to perform like I did at the U-17 Women's World Cup." 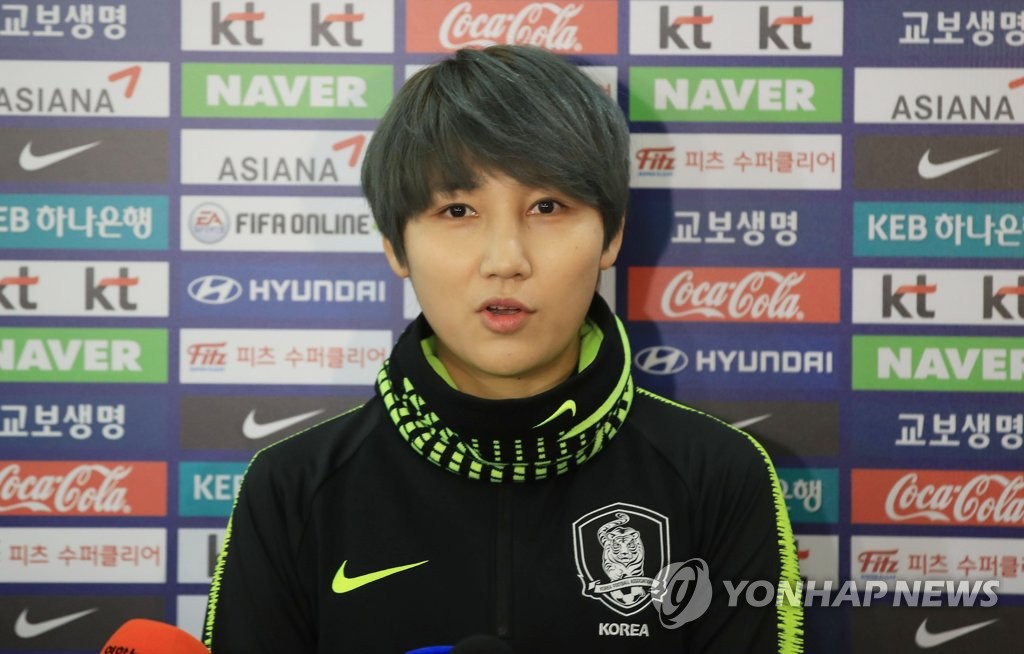 Yeo, 25, was the top scorer of the 2010 U-17 Women's World Cup in Trinidad and Tobago, where South Korea lifted the winners' trophy. It was the first and so far the only title taken by South Korea at a FIFA tournament.

"I know that lots of my teammates cried when I was dropped from the roster four years ago," she said. "I want to be in good shape and play well with the national team this time."

For the 2019 Women's World Cup, South Korea are in Group A with hosts France, Norway and Nigeria. The tournament will start in June.

Yeo, who has 10 goals in 28 caps, has been selected for the national team for the first time since April 2017 and will compete at a four-nation tournament in China starting next week. She is one of 25 players called up for the World Cup tuneup event that also features China, Romania and Nigeria.

"I think I was able to return because I gave good performances with my club," she said. "There are still five months left to the World Cup. We're not in an easy group at the World Cup, but we'll work hard to produce good results."