Calling the visit "historic," the agency said Kim has worked to "boost the traditional friendship and solidarity between the people of the DPRK and China as required by the new era." DPRK is the acronym of the North's official name, the Democratic People's Republic of Korea.

Kim arrived in Beijing on Tuesday and held summit talks with Chinese President Xi Jinping. During the talks, Kim vowed efforts to draw worthy results from a second summit with U.S. President Donald Trump, and Xi voiced his support, according to Chinese media. 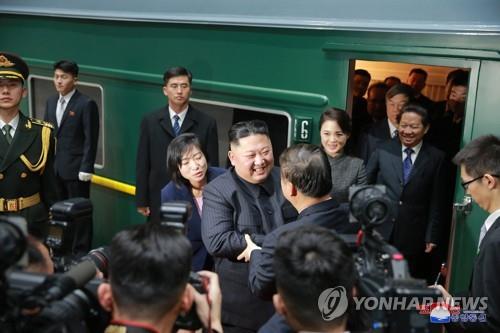 N.K. leader arrives in Pyongyang after visit to China: KCNA

N.K. leader arrives in Pyongyang after visit to China: KCNA