AL AIN, United Arab Emirates, Jan. 10 (Yonhap) -- When South Korea try to win their second straight match at the Asian Football Confederation (AFC) Asian Cup here on Friday, they'll have to do so without a pair of key midfielders.

South Korea will take on Kyrgyzstan in Group C action at Hazza Bin Zayed Stadium in Al Ain. The kickoff is 8 p.m. Friday local time, or 1 a.m. Saturday in Seoul.

At a pre-match press conference Thursday, head coach Paulo Bento said midfielder Lee Jae-sung will not be available against Kyrgyzstan due to a sprained right toe. 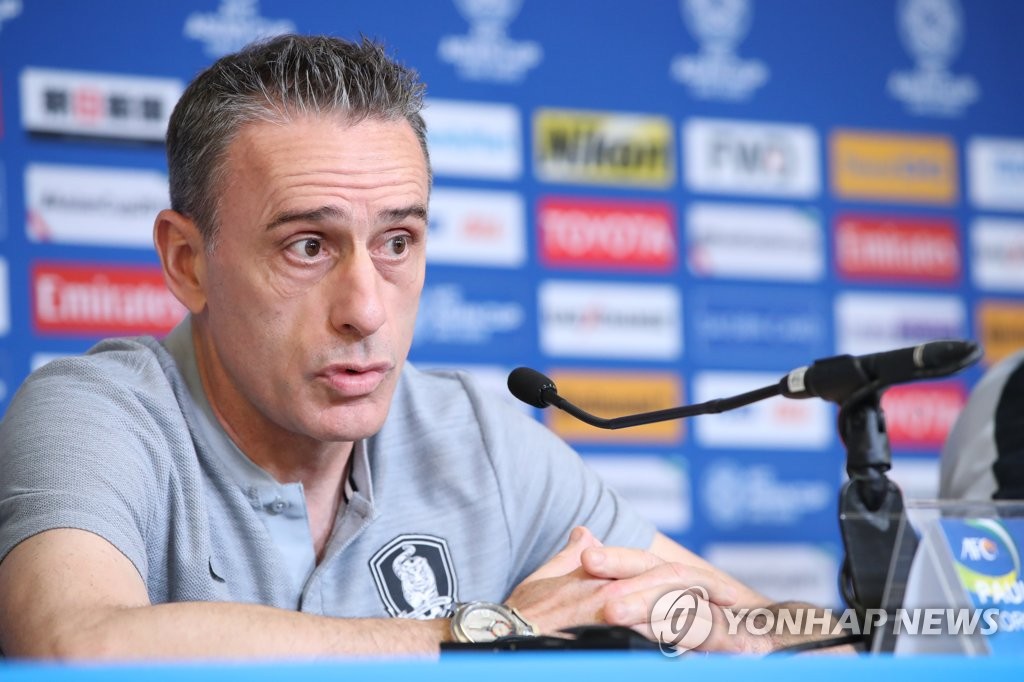 Lee suffered the injury during South Korea's 1-0 victory over the Philippines on Monday.

"We've confirmed that Lee Jae-sung will not be able to play against Kyrgyzstan, and we'll have to alter our starting lineup," Bento said.

The injury bug has bitten South Korea hard here, as Lee, who started on the right wing in Monday's match, joins another midfielder, Ki Sung-yueng, on the shelf. Ki, a veteran field general, was lifted during the second half against the Philippines with a hamstring injury, and he was ruled out for a week.

"Just like our first match, our goal is to win, and we'll try to clinch a knockout berth with a victory in this match," Bento said. "Kyrgyzstan are a strong defensive team that can mount counterattacks. I expect this to be a tough match, but we'll try to accomplish our goal by attacking as much as we can."

There are six groups of four, and the top two countries from each group, plus the four-best third-place teams, will qualify for the round of 16. A second straight win for South Korea will virtually assure them a spot in the knockout stage, ahead of the group finale against China next Wednesday in Abu Dhabi. 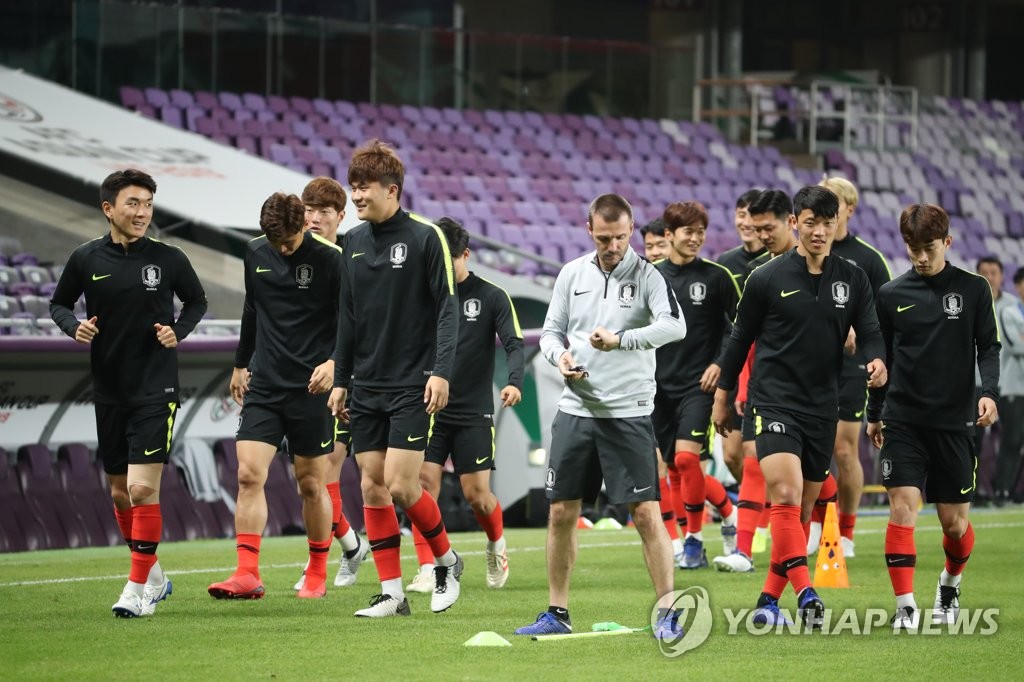 Kyrgyzstan, playing in their first Asian Cup, dropped the opener against China 2-1 on Monday and must defeat South Korea to keep their hopes alive.

South Korea dominated the ball possession against the Philippines, though they only managed a goal against the heavy underdogs. Bento said the team will stay the course.

"Our basic tactical concept won't change. We'll try to create opportunities by dominating the run of play with high ball possession rate," Bento said. "Kyrgyzstan played defensive football against Japan in a tuneup match, but they applied some pressure up front against China in the first group match. We'll be prepared for both of these scenarios."

South Korea are ranked 53rd in the world, highest in Group C, while Kyrgyzstan are 91st.

China are leading Group C over South Korea, thanks to their edge in goals scored. China will face the Philippines on Friday at 5:30 p.m. in Abu Dhabi.

South Korea are in pursuit of their third Asian Cup title, but first since 1960.