Korea tried to put up a fight but proved no match against the world No. 1 Germany at the International Handball Federation (IHF) World Men's Handball Championship at Mercedes-Benz Arena in Berlin.

South Korea is No. 19, and North Korea isn't ranked.

The two Koreas agreed to combined their men's handball teams at a meeting of sports administrators on Nov. 2 last year. The unified team of 16 South Koreans and four North Koreans, coached by South Korea's Cho Young-shin, began training together in Berlin on Dec. 22. 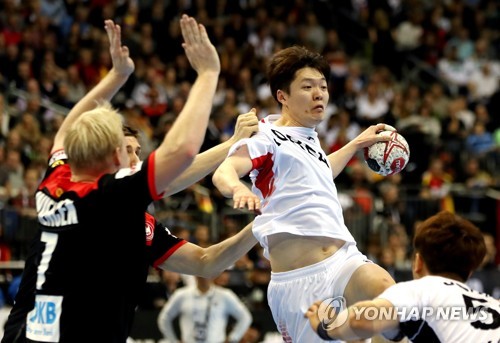 Korea managed to score the first goal of the game, with captain Jung Su-young putting his team on the board. But Korea never led again the rest of the match against a bigger, faster and stronger opponent, while committing seven turnovers in a mostly jittery first half.

Korea also lost a man when Kim Dong-myung was ejected with a foul on Steffen Fath when Germany was leading 7-3.

Korea made it 8-6 at about midway point in the opening half, but Germany scored three straight goals to pull away. The home team closed out the first half on a 9-4 run for a 17-10 advantage.

Germany picked up where it left off to begin the second half, as it scored four unanswered goals against the helpless Korean defense. After about 13 minutes into the second half, Germany opened up a 26-12 lead. 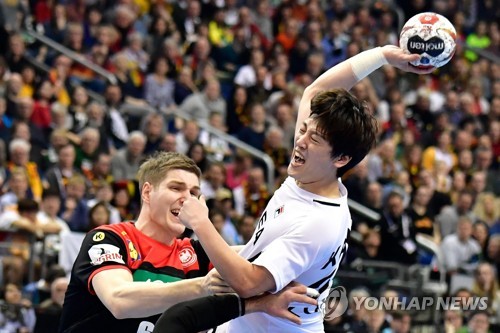 Korea never managed to cut the deficit to a single digit, despite some strong last-minute push by 19-year-old Kang Tan. 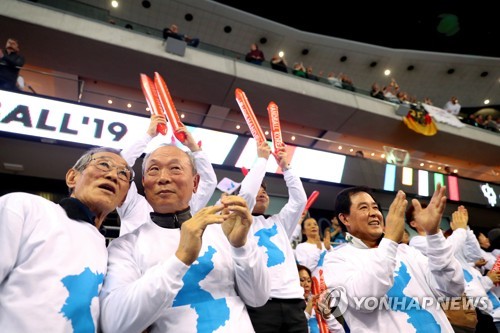 Germany and Denmark are co-hosts of the tournament, which wraps up on Jan. 27. 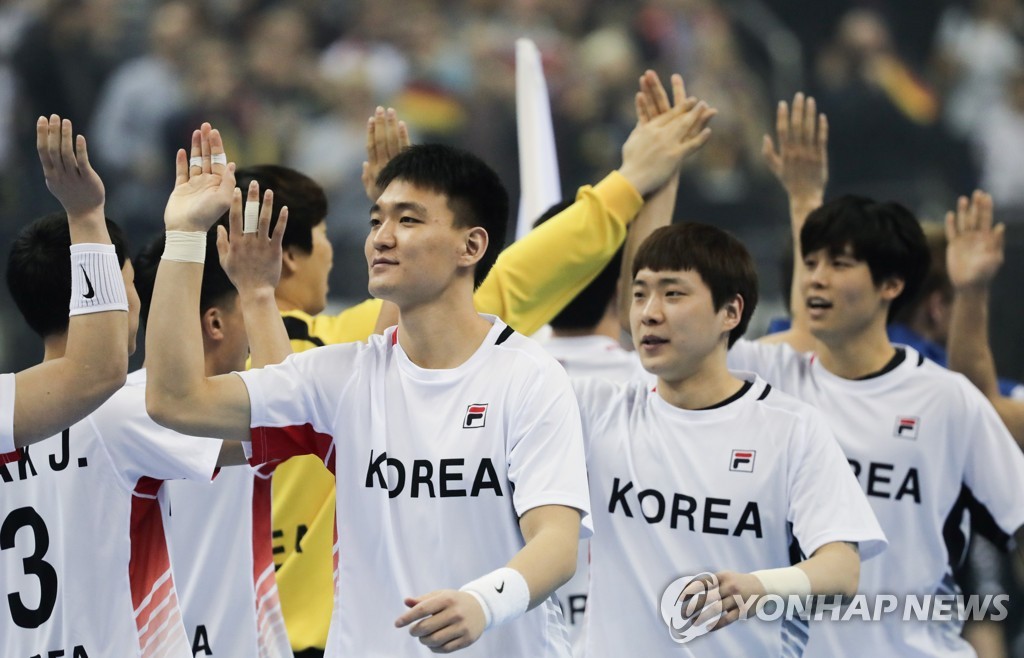 In Thursday's pre-game ceremony, Korea marched in behind the Korea Unification Flag, which features the Korean Peninsula in blue against a white background. The players were cheered on by dozens of supporters in T-shirts showing the same image.

Also in the opening, the traditional Korean folk song "Arirang" was played in place of the national anthem by either Korea. 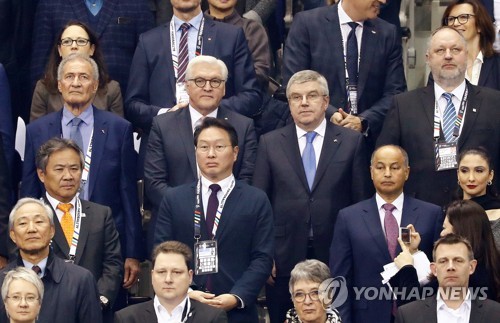