The 9.77-ton Mujeok, carrying the captain, a sailor and 12 anglers, capsized after running into a 3,000-ton cargo ship in waters about 80 kilometers south of Yokji Island at around 5 a.m., according to the Coast Guard.

Two of them, including the 57-year-old captain, surnamed Choi, were found unconscious and were later pronounced dead. Another person sent to a hospital in critical condition also died. Two others are missing.

The remaining nine were rescued safely and transported to a nearby port, the authorities said.

The Coast Guard confirmed that the accident was due to a collision with the Panama-registered cargo vessel, which is being currently sent to Tongyeong Port under escort for further investigation. 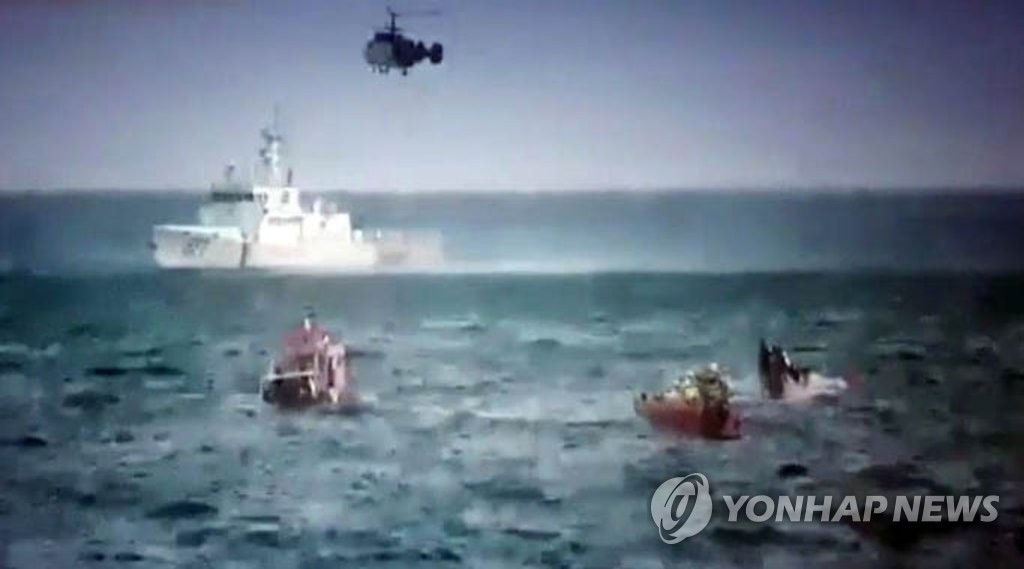