For the remainder of the year, the U.S. Federal Reserve is widely forecast to carry out interest rate hikes once or twice while keeping tabs on trends of economic indicators.

According to the report by the Korea Center for International Finance, JP Morgan has forecast the Fed to remain standpat in the first half before conducting a rate increase in July, with another hike expected in December.

JP Morgan's prediction is in line with a prediction made by members of the Federal Open Market Committee last month. 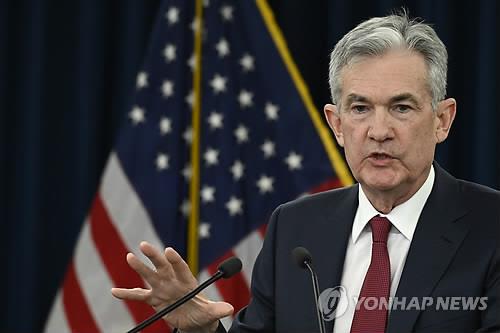 Goldman Sachs has also projected two rate hikes this year without specifying when, saying fears of a U.S. recession are overblown.

Other forecasters of two rate hikes include Citi, BoA Merrill Lynch and Nomura of Japan.

Barclays has projected the Fed to jack up the benchmark interest rate once in June, while taking a prudent stance on monetary policy.

HSBC, meanwhile, has predicted the U.S. central bank to conduct a rate hike in September this year before cutting rates in September and December next year.

Market watchers said the Fed's cautious stance could raise the possibility the Bank of Korea might hold its policy rate steady, giving it more room to pay attention to other macroeconomic indicators than the rate gap between the two countries.