SEOUL, Jan. 11 (Yonhap) -- The labor union of FineTek, a maker of display equipment, and the management reached a labor deal Friday after two workers staged a sit-in on top of a smokestack at a power plant for more than a year in protest of layoffs.

Two of five FineTek unionized workers had been waging the protest atop the 75-meter smokestack at a combined heat and power plant in west Seoul for about 14 months, calling on the management to keep its promise on job security.

The workers went on a hunger strike last week as well, raising concerns about their health.

The labor deal will allow five workers to work again at a factory of FineTek, a subsidiary of Starflex, a manufacturer of plastic films.

The agreement also calls for guaranteeing their job security for at least three years and providing the minimum hourly pay set for 2019 plus 1,000 won (US$0.89).

"We will decide how to bring them back to the ground safely and fast by taking into account the condition of the two workers on the hunger strike," a group supportive of the FineTek workers said.

The workers' 426-day sit-in, the longest protest atop a smokestack in the country's history, followed a similar protest staged by a FineTek worker at a factory smokestack in the southeastern city of Gumi for 408 days between 2014 and 2015.

Their labor strife traced back to 2010, when Star Chemical, a chemical company under Starflex's wing, bought a now-defunct textile processing firm where the five employees previously worked.

The parent company decided to sell a Star Chemical factory and liquidate the company as Star Chemical posted a net loss in 2011-2012. During the process, Starflex fired around 20 workers, including the five who refused to join voluntary retirement.

The initial sit-in in 2014-15 ended after Starflex agreed to reinstate workers at FineTek, a newly created firm. But later the company did not keep its promise, prompting the workers to start another new smokestack rally in November 2017. 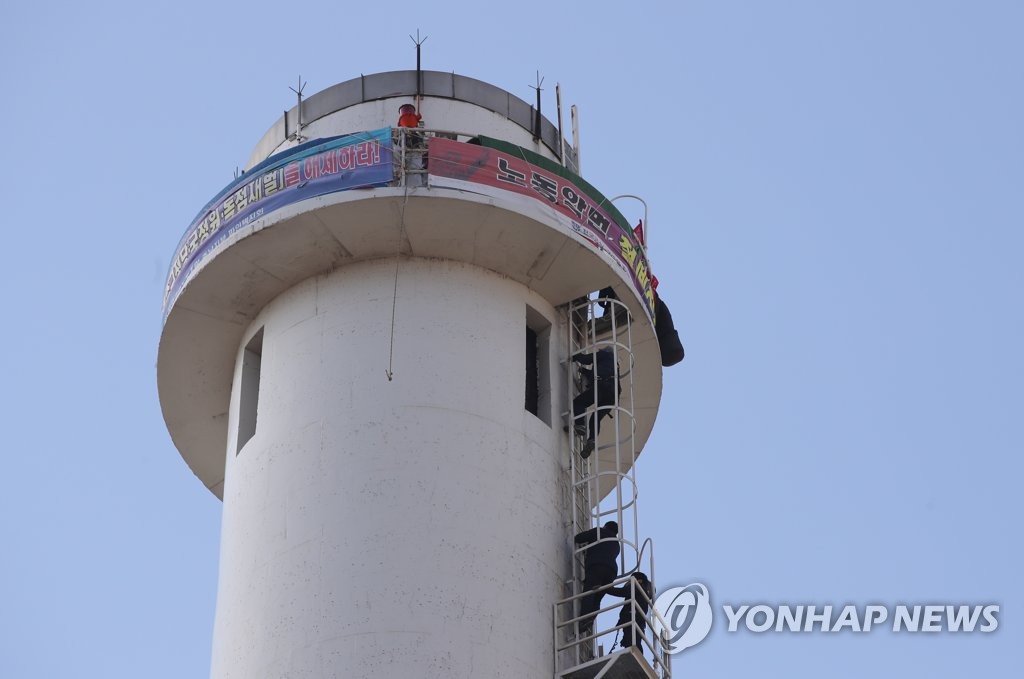