SEOUL, Jan. 11 (Yonhap) -- South Korea will increase defense spending by an average of 7.5 percent each year over the next five years with a focus on building "independent capabilities to counter threats from all directions," Seoul's defense ministry said Friday.

The ministry announced its defense blueprint for the 2019-2023 period, during which it wants to spend 270.7 trillion won (US$241.9 billion) -- 94.1 trillion won on improving defense capabilities and the rest on managing troops, equipment and facilities.

During the five-year period, the average annual increase rate amounts to 7.5 percent, compared with an average of 4.9 percent over the last decade. The spending plan, which will go through an internal review by the finance ministry, is subject to parliamentary approval.

The cost of enhancing defense capabilities accounts for 32.9 percent of this year's total defense budget. The ministry seeks to expand that proportion to 36.5 percent in 2023.

"The ministry has decided to focus on building independent defense capabilities while reasonably adjusting the force management cost by redesigning the personnel management structure and enhancing operational efficiency," the ministry said in a press release.

The mid-term plan earmarks 65.6 trillion won for an array of projects to secure capabilities to respond to threats from nuclear arms and other weapons of mass destruction (WMD), retake wartime operational control from Washington and enhance overall deterrence.

For the same purpose, it will push for a "Korea-style missile defense" program featuring early warning radars and enhanced surface-to-air Cheolmae II interceptors capable of shooting down an incoming target at an altitude of around 20 kilometers. It will also strive to build "overwhelming response" capabilities with advanced missiles and other assets.

The three programs -- strategic target strike, Korea-style missile defense and overwhelming response -- comprise the "system to respond to nuclear and other weapons of mass destruction," the new name for the "three-axis" system, a bedrock scheme to counter North Korea's nuclear and missile threats.

The ministry has renamed the three-axis system in line with ongoing efforts for inter-Korean reconciliation and peace.

It will also continue its projects to introduce homegrown Aegis-equipped destroyers and fighter jets. Moreover, it plans to set aside 21.9 trillion over the next five years for developing other high-tech weapons systems and related defense technologies. 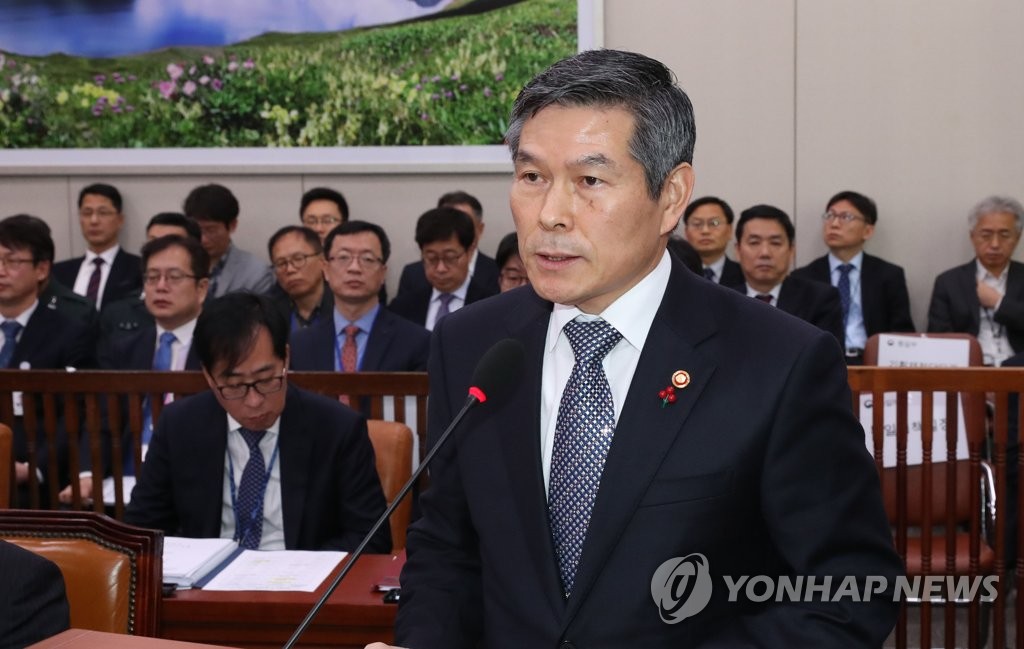