Kang made the remarks amid hopes that another summit between U.S. President Donald Trump and North Korean leader Kim Jong-un will lead to a breakthrough in apparently deadlocked negotiations over Pyongyang's denuclearization.

"Given the recent developments, (I) cautiously predict that talks on preparations for the second North Korea-U.S. summit may take place sooner or later," Kang said during a lecture hosted by the ruling Democratic Party's panel on denuclearization.

In a pre-released script for the lecture, Kang wrote that she does not rule out the possibility of a sudden announcement on the second Trump-Kim summit. She did not read that part during the lecture, however. 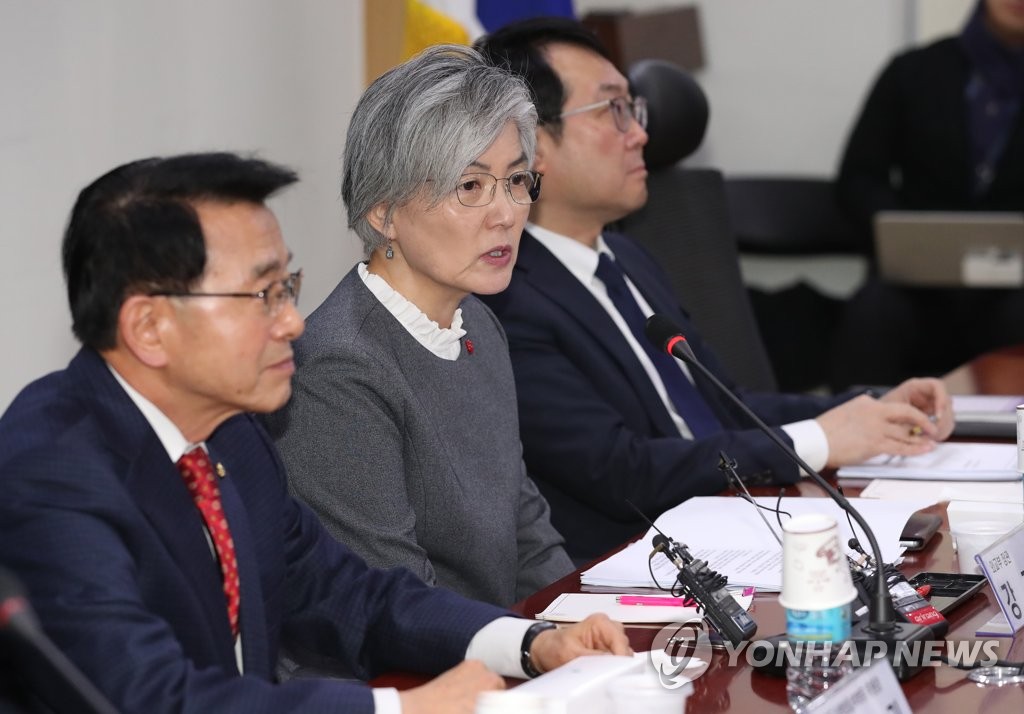 Kang also pointed out that there need to be "close communication and consultations" between the relevant countries ahead of a series of major diplomatic events, including the Trump-Kim summit and Kim's possible trip to Seoul.

Earlier this week, Kim made his fourth known trip to China since taking power in late 2011 for a summit with Xi. During the summit, Kim reaffirmed his commitment to denuclearization while the Chinese leader threw his weight behind Kim's pursuit of another summit with Trump.

As for Seoul's role in peace efforts, Kang noted the need to strive for "dramatic progress" in inter-Korean relations and efforts to denuclearize the peninsula when Kim makes an unprecedented trip to Seoul.