SEOUL, Jan. 11 (Yonhap) -- President Moon Jae-in has hosted a dinner for nine ministers who double as lawmakers of the ruling Democratic Party (DP), his office said Friday, amid speculation over a Cabinet reshuffle.

"It was a gathering for new year greetings and there were exchanges of casual talk," Cheong Wa Dae spokesman Kim Eui-kyeom said in a message to reporters.

Speculation is ripe that Moon may carry out a Cabinet reshuffle around the Lunar New Year holiday in early February.

The president could replace ministers who double as DP lawmakers and were named as Cabinet members right after Moon took office in May 2017, given that the country's parliamentary elections will be held in 2020.

Six ministers, including Interior Minister Kim and Culture Minister Do Jong-hwan, fall into this category.

But some political watchers said that a potential Cabinet reshuffle could be delayed until after the Lunar New Year holiday as it takes time to vet candidates' qualifications.

"There was no talk about the time it takes to step down from ministerial posts or preparation for the parliamentary elections," a minister who attended the dinner said. 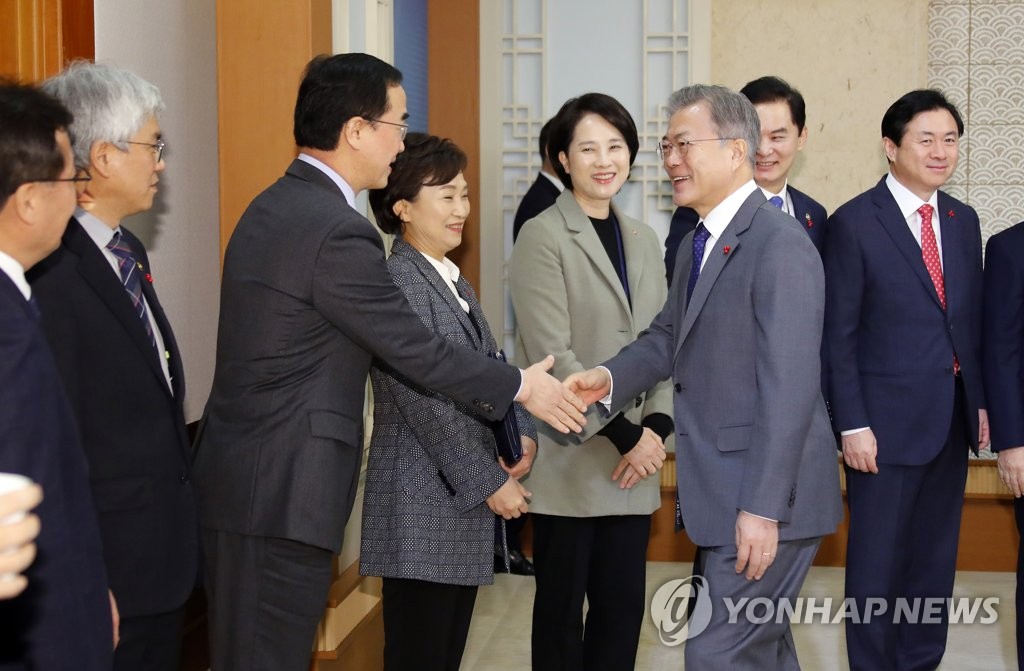 Moon holds dinner with ministers amid speculation over Cabinet reshuffle

Moon holds dinner with ministers amid speculation over Cabinet reshuffle