The movie by director Lee Chang-dong competed with other films, including "Manbiki Kazoku," "First Man," "The Guilty," "Isle of Dogs" and "Phantom Thread," for the French award, according to Pine House Film. 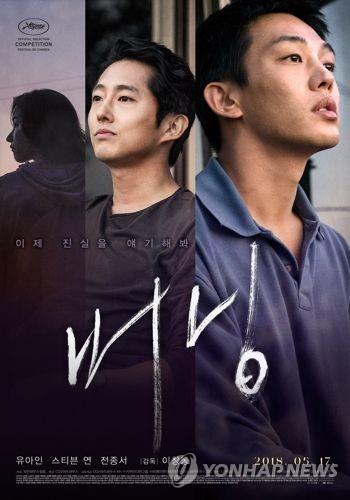 In addition, "Burning" has become the first South Korean film to be shortlisted for the Foreign Language Film award by the Academy of Motion Picture Arts and Sciences. The Academy award finalists will be announced on Jan. 22 in the United States.

Lee's first feature in eight years, "Burning," starring Yoo Ah-in, Steven Yeun and Jeon Jong-seo, depicts the insecurity, helplessness and anger of young Korean people through the story of a part-time deliveryman and aspiring novelist, and two of his friends.
(END)