SEOUL, Jan. 14 (Yonhap) -- South Korea will try to clinch the top spot in their group at the Asian Football Confederation (AFC) Asian Cup when they meet China this week.

South Korea and China will go head-to-head to close out their Group C campaign at the Asian Cup in the United Arab Emirates (UAE) on Wednesday. The match will kick off at 5:30 p.m. at Al Nahyan Stadium in Abu Dhabi (10:30 p.m. in Seoul).

Both teams have six points on two wins, but China are currently the group leaders, thanks to their superior goal difference, plus-4 to plus-2. 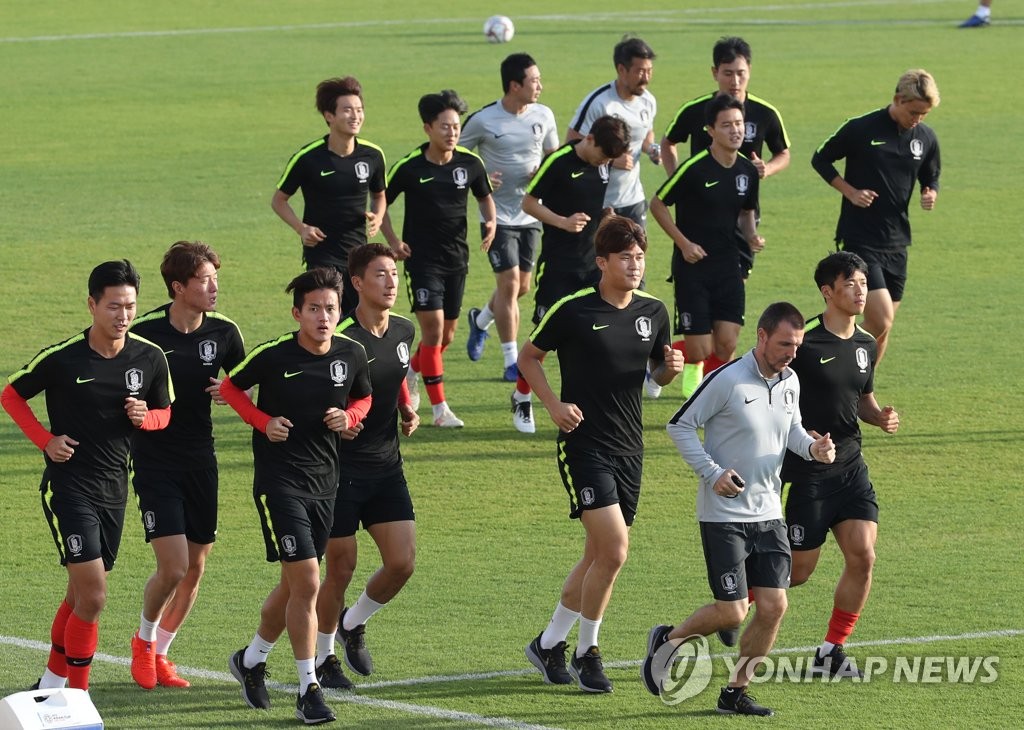 At the 24-team Asian Cup, the top two teams from each group and four best third-place teams will advance to the round of 16. Both South Korea and China have already booked their spots in the knockout stage, but they are likely to give their best in their last group stage match because the group winners are expected to take an easier path to the final. The Group C winners are scheduled to take on a third-place team in the round of 16, while the runners-up from Group C will meet the runners-up from Group A.

South Korea boast a dominant head-to-head record against China, with 18 wins, 13 draws and two losses. However, the Taeguk Warriors have not collected a win against China in their last two meetings. 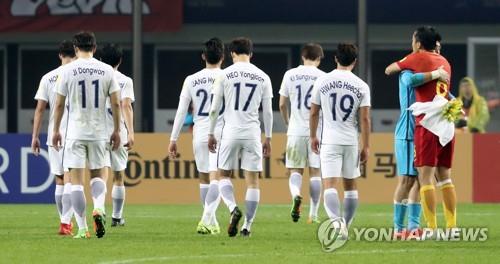 But South Korea are a different team today, now led by new head coach Paulo Bento, who took over the helm in August 2018. Under the Portuguese's reign, South Korea have yet to suffer a defeat in nine matches.

South Korea will also have Tottenham Hotspur star Son Heung-min on their roster. The 26-year-old forward didn't feature in South Korea's first two matches at the Asian Cup under an agreement between Tottenham and the Korea Football Association (KFA). He is scheduled to join the national team Monday.

Son, arguably the best Asian player in recent years, has been in hot form, scoring eight goals and delivering six assists in the last 10 matches for Tottenham, and will no doubt boost South Korea's lackluster offense at this tournament. Bento's side have so far made 35 attempts on goal, but only two of them found the back of the net.

However, there is also a possibility that Bento could rest Son following the player's long trip from London to Abu Dhabi. Son played full time in Tottenham's 1-0 loss against Manchester United in an English Premier League match Sunday. 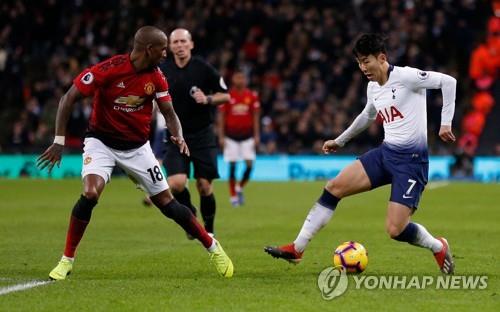 South Korea were not able to use midfield general Ki Sung-yueng, skillful winger Lee Jae-sung and versatile defender Kwon Kyung-won against Kyrgyzstan because of injuries. These players should be available against China as they've all returned to training, but Bento may not risk using them until they reach their best form.

Bento's real concern could be the absence of veteran right back Lee Yong, who is ineligible against China due to yellow card accumulation. Lee is one of the few players who started in all of the national team matches under Bento.

Kim Moon-hwan, who won a gold medal with South Korea at the 18th Asian Games, will get his opportunity to make his Asian Cup debut, but the 23-year-old only has four caps under his belt.

South Korea's core center back Kim Young-gwon should be familiar with Chinese football and will lead the team's defense as usual. The 28-year-old has been playing for Guangzhou Evergrande in the Chinese Super League (CSL) since 2012 and was also coached by Lippi when the Italian tactician was in charge of Guangzhou from 2012 to 2014. 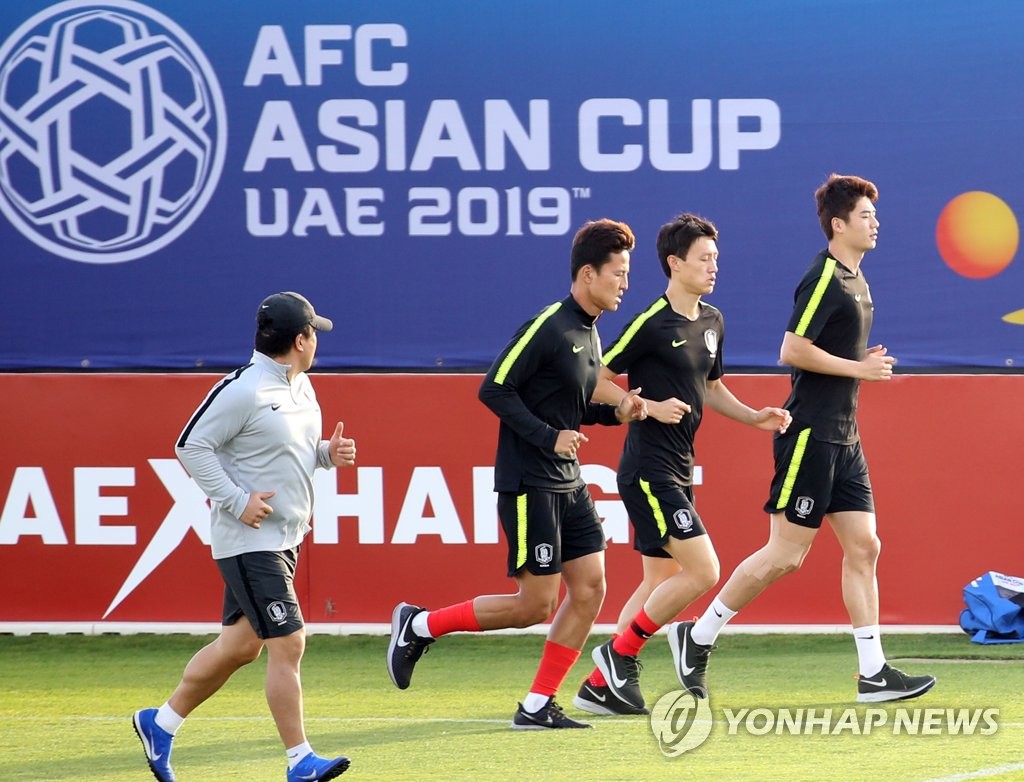 China have the oldest squad among the Asian Cup participants, with an average age of 31 years. They have nine players 30 or older, including 38-year-old team captain Zheng Zhi.

China deployed a 3-5-2 setup against Kyrgyzstan but switched to a 4-3-3 formation against the Philippines, showing flexibility in using their tactics.

South Korea need to be aware of Chinese forward Yu Dabao, who scored two goals in their last two encounters in 2017. Yu already has two goals at this tournament, scoring the winning goal in the match against Kyrgyzstan and adding China's third goal against the Philippines.

Wu Lei is also a player to watch, although there is speculation he may rest against South Korea due to a shoulder injury. He was the CSL's top scorer last year with 27 goals and is also in good form at this tournament after scoring a double against the Philippines. Veteran winger Gao Lin and skillful midfielder Hao Junmin can also be a threat to South Korean defense. 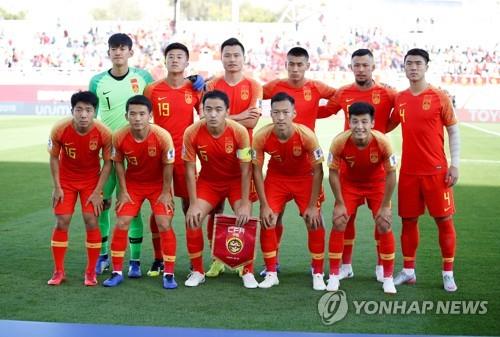