HANOI, Jan. 11 (Yonhap) -- Lawmakers of South Korea and Vietnam will have their first friendly football match in Hanoi later this month, diplomats in Hanoi said Friday.

Twenty-five South Korean lawmakers, including members of the South Korea-Vietnam Parliamentary Friendship Association, will make a four-day trip to Hanoi, beginning next Thursday, to hold various exchange events, according to the South Korean Embassy.

Notably, lawmakers from both countries plan to hold a friendly football match at Hang Day Stadium in the Vietnamese capital next Friday. 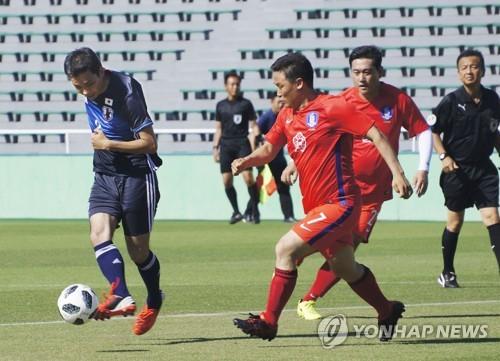 Embassy officials said the two countries' friendly relations, attributed largely to the popularity of Park Hang-seo, the South Korean head coach of the Vietnamese national football team, appear to be spreading to the political circles.

South Korean lawmakers have so far held 11 friendly football matches with their Japanese counterparts but have never engaged in football diplomacy with lawmakers of other countries.

The South Korea-Vietnam Parliamentary Friendship Association has about 10 members, and 15 other lawmakers will join the delegation to hold the football event, set to kick off at 3 p.m. next Friday.

The two countries' lawmakers will hold a plenary meeting in the morning of the day to discuss ways to expand bilateral exchanges, including regularization of exchange events.
(END)