SEOUL, Jan. 11 (Yonhap) -- Rival parties on Friday gave a mixed response to a former supreme court chief's appearance at the prosecution for questioning over a judicial power abuse scandal, with the ruling party calling for the truth to be uncovered.

Yang is being grilled by prosecutors over an allegation that he used trials as bargaining chips in dealings with the office of former conservative President Park Geun-hye to support his bid to establish a court of appeals.

In front of reporters outside the top court building, Yang rejected claims that the judiciary was involved in the alleged interference in trials.

"It is unfortunate at the national level that a chief of the top court was called in for a prosecutors' probe," said Hong Young-pyo, the floor leader of the DP.

"Yang should reveal the truth for the sake of the judiciary and should take corresponding responsibility for (the power abuse scandal)," he added.

The governing party also denounced Yang for reading from a pre-written statement in front of reporters. It claimed he was sending the judiciary a warning that if he is indicted, local courts should take into account many factors.

"Yang should apologize to the public over the power abuse case and receive the judgment of the law," the minor liberal Party for Democracy and Peace said.

But the LKP, whose predecessor was affiliated with former President Park, expressed deep regret over the prosecution's investigation into Yang.

Park was ousted in March 2017 over a massive corruption scandal, and President Moon took office in May of that year.

"The Moon Jae-in government's attempt to control the judiciary ... is making the sector fall into a crisis," said Na Kyung-won, the LKP's floor leader.

"It has polluted the judiciary politically by attracting prosecutors, prompting Yang to appear at the prosecution," she claimed. 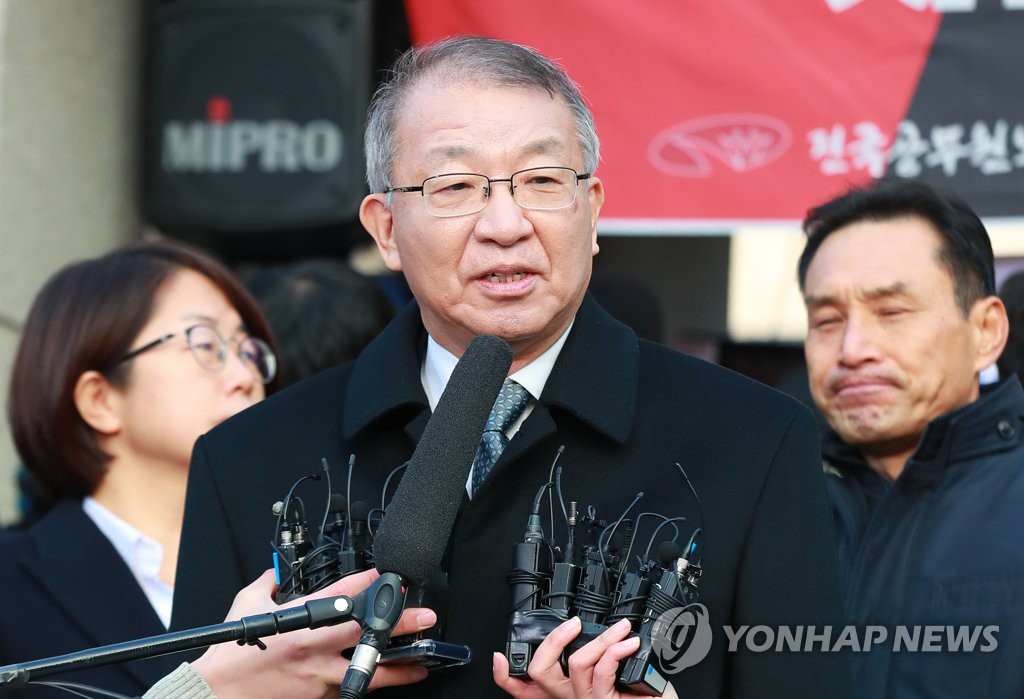