Last year's runner-up Gyeongnam FC will also kick off their season on the same day against the newly promoted side Seongnam FC, while Ulsan Hyundai FC, last year's third-place club, will host Suwon Samsung Bluewings, the No. 6 team in 2018.

Last year, the K League 1 also had its season openers on March 1, a national holiday that commemorates Korea's independence movement in 1919 during Japanese colonial rule.

On March 2, Incheon United and Jeju United will go head-to-head in their first match of the season, along with Sangju Sangmu and Gangwon FC. On March 3, FC Seoul will meet Pohang Steelers to start their new season.

In the upcoming season, the K League 1 will see a new stadium and new faces. Daegu's new home, Forest Arena, will stage its first K League match on March 9 by hosting Jeju, while Seongnam will have their first K League 1 home match after a promotion on March 10 against Seoul.

The K League said for better television coverage, weekday matches will be held Tuesdays and Wednesdays. It added that the 12 clubs will also host one match Friday this season. Ulsan and Jeju will play the first Friday match of the season on March 29 at Munsu Football Stadium in Ulsan.

The K League 1 operates a split system, in which 12 clubs are divided into two echelons after 33 matches and play five more matches within their respective groups. 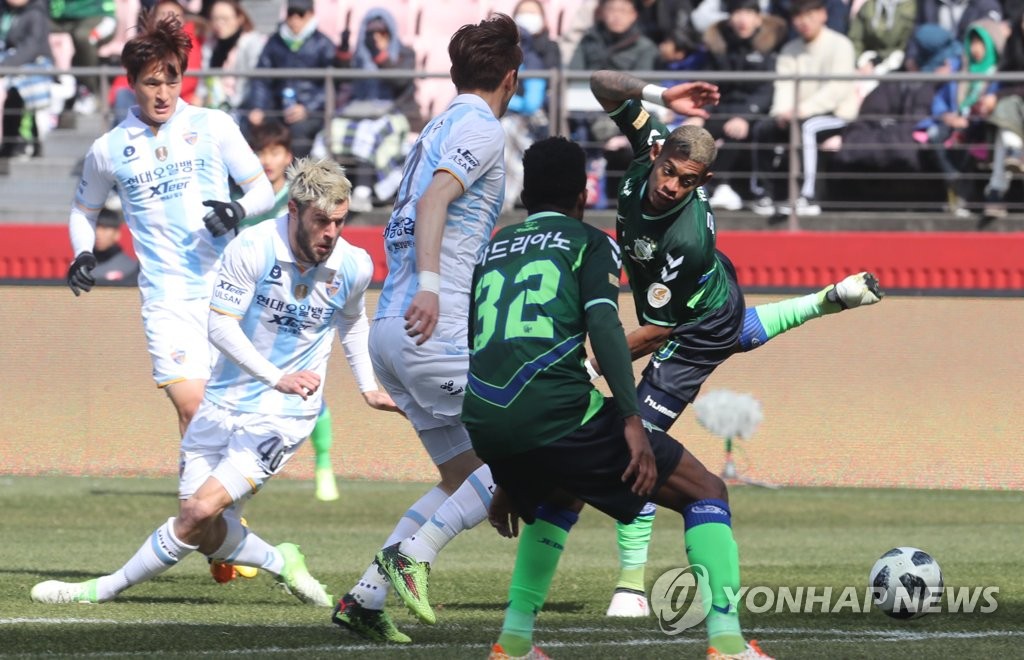