Moon and the floor leaders of the ruling Democratic Party (DP) and four opposition parties agreed in August 2018 that they will hold a meeting of the consultative body once every quarter to promote cooperation in managing state affairs.

They agreed to cooperate in a bipartisan manner to improve the livelihoods of ordinary people and make efforts for electoral reform during their first meeting in November last year. But the schedule for a second meeting has not been fixed.

"This year, I'll make the standing consultative body stand on a firm footing and activate its operation," Moon was quoted by a DP official as saying at his lunch meeting with the DP's leaders, including Hong Young-pyo, the party's floor leader.

Moon called on Hong to make efforts to arrange a second meeting as soon as possible.

The president also called for the ruling party's efforts to revive the Korean economy and work toward the prosecution's reform. 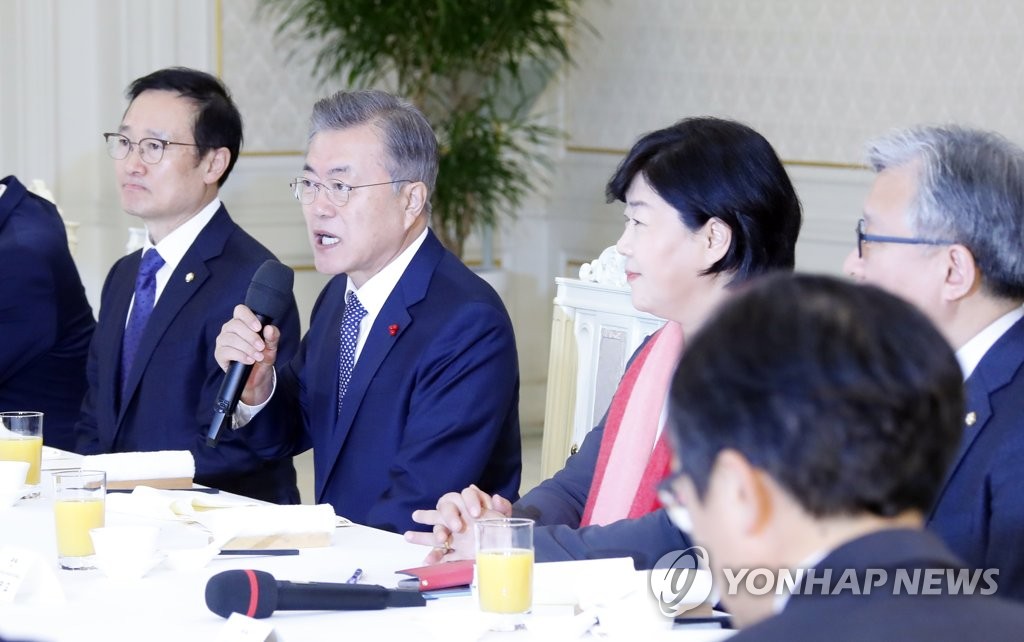