Noh, a former South Korean ambassador to China, told reporters that nothing has been decided over Xi's trip, though Seoul and Beijing are consulting on it.

"There will be a high possibility," Noh said, when asked by reporters about whether Xi could visit the North and the South in the first half of the year.

Rep. Hong Ik-pyo, spokesman of the DP, sought to damp down any controversy over Lee's remarks, expressing hope that the party chief's comments could be interpreted in a context where the relevant countries are expected to engage in vigorous diplomatic activity in the first half of the year. 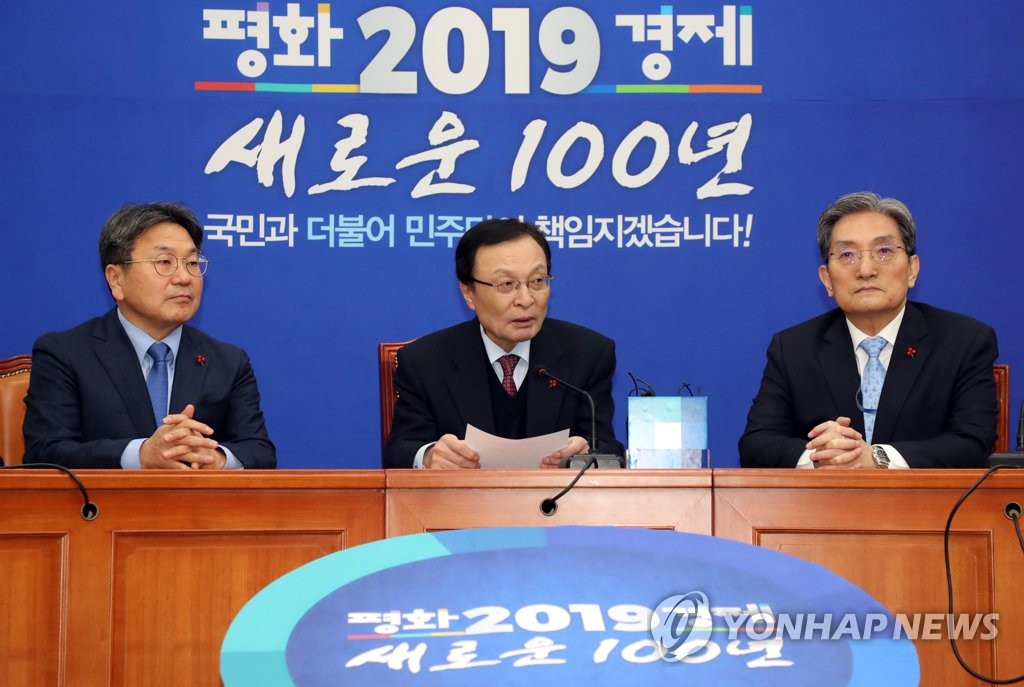