Signs of progress in the trade talks between the world's top two economies and dovish commentary from the U.S. Federal Reserve boosted investor sentiment, analysts said.

The South Korean won traded at 1,116.40 won against the greenback, up 1.90 won from the previous session's close. 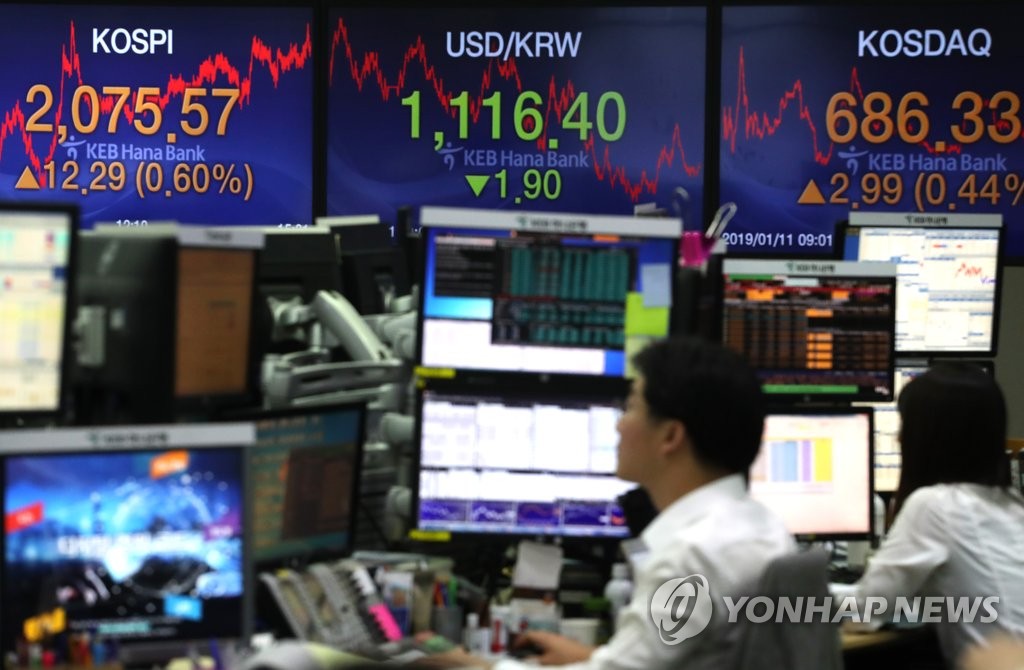