CHEONGJU, South Korea, Jan. 11 (Yonhap) -- A 24-year-old fugitive on Friday delivered himself to police one day after fleeing, the police in Cheongju have said.

The man, identified only as Kim, ran away as he was about to be put into custody right after the Cheongju District Court sentenced him to one year and two months in prison for violent behavior at a bar in February last year.

"Kim gave himself up to us at 3:35 p.m.," said an officer from Sangdang Police Station in Cheongju, 140 kilometers south of Seoul. 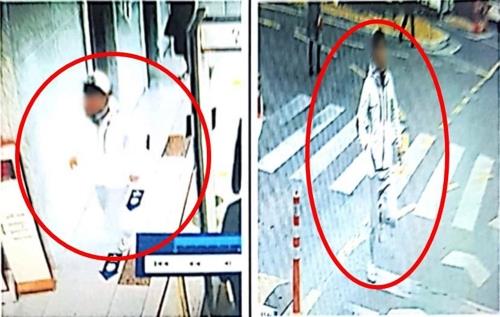 Fugitive turns himself in to police in Cheongju

Fugitive turns himself in to police in Cheongju