He is the host of the sensational YouTube channel, "Korean Englishman," better known as "Yongguk Namja" in Korean.

"Of all Korean culture, Korean food is the most amazing. One thing (it would be) regretful if English people didn't know would be Korean food," he said in a press conference in Seoul on Thursday.

He arrived here to receive an award later in the day from the Corea Image Communication Institute for promoting the overseas image of Korea.

Josh, as he is known on YouTube, first encountered Korean food through his Korean friends at an international school in Qingdao, China, at the age of 12. Ever since, Korean culture has been part of his identity.

He launched the YouTube channel featuring the unexpected and funny reactions of English people when first encountering Korean culture with his friend and business partner Oliver Kendal in 2013.

It became one of the most subscribed YouTube channels in South Korea, with the number of subscribers hitting 3 million recently. More than half of his viewers come from Korea.

"Korean foods should be recognized all across the world, but it's unbelievable that they are little known. So I thought I should start by introducing it," he said.

"The easiest way to reach out to (a foreign) culture without knowing its language, I think, is food."

While the idea of Korean cuisine easily conjures up bibimbap and bulgogi, for Josh, his favorite Korean foods are fried chicken and Samgyeopsal, or grilled pork belly.

"There is fried chicken in foreign countries, but the taste is really different," he said, adding that Korean fried chicken is currently emerging as a popular Korean food in England.

Josh said that South Korea is still not well known across the globe and expressed his commitment to promoting the country and its culture abroad.

"People have Samsung and LG televisions at home, but they don't know they are Korean. So I hope that Korea could become more famous and more ordinary people get to know about Korea," he said.

Recently, the duo recruited four people for their plan to expand their YouTube content beyond just food. They recently started another channel, "Jolly," toward that end.

"I have known Korea almost for the whole length of my life and I still have a lot of new and different things I want to share about Korea," Josh said.

"With 'Korean Englishman,' we want to continue to do content that bridges the cultures of Korea and England. ... The reason we started 'Jolly' is because we wanted to more various, experimental things, such as (videos) on learning the Korean language or eating ready-made food from a convenience store." 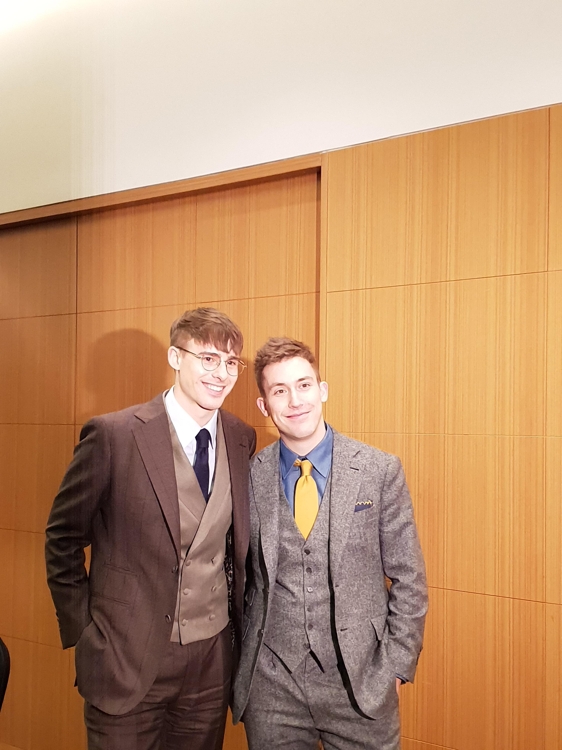