Hong Nam-ki, the minister of economy and finance, made the appeal in a meeting with U.S. Ambassador to South Korea Harry Harris at the government complex building across from the U.S. Embassy in central Seoul, according to the finance ministry. 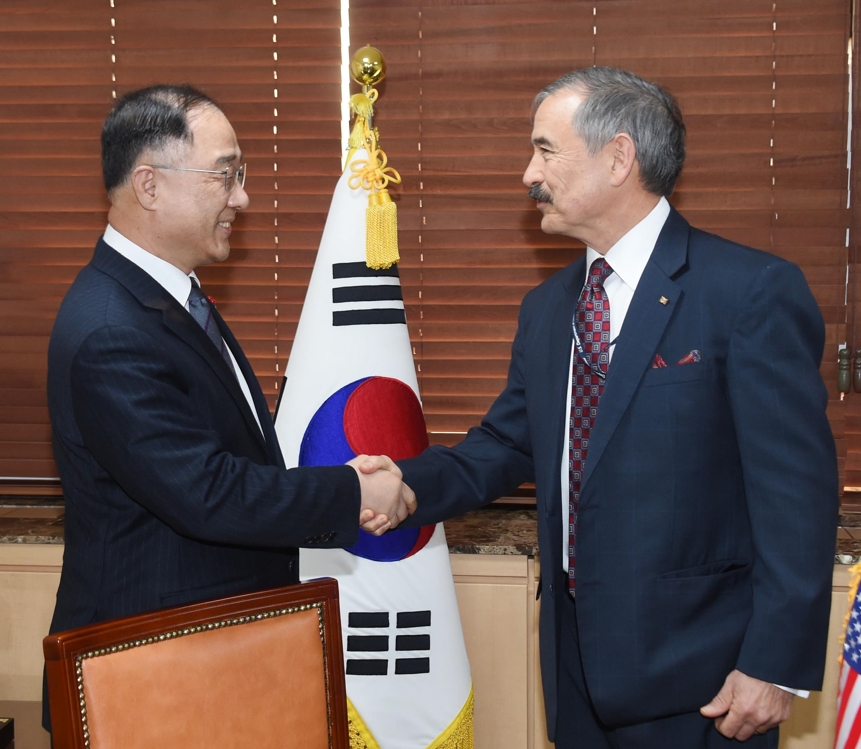 Harris told Hong that he will convey South Korea's position to Washington.

In December, Hong also made a similar request to U.S. Treasury Secretary Steven Mnuchin during their phone conversation.

South Korea is worried about potential U.S. tariffs on South Korean automobiles, based on Section 232 of the Trade Expansion Act, on national security grounds.

South Korea has made concessions on automobiles in the revised bilateral free trade deal that went into effect earlier this month, but U.S. President Donald Trump has threatened to slap the so-called Section 232 tariffs on automobiles on national security grounds.

Wendy Cutler, a former U.S. official who negotiated the original free trade deal with South Korea in 2007, has said that it is inconceivable that Trump will rule against South Korea as Seoul has made concessions in the free trade deal and is a strong ally of Washington.

The U.S. has conducted 16 investigations, mostly into oil imports, under Section 232 of the Trade Expansion Act since 1962. Most of the probes determined that the imports posed little threat.