SEOUL, Jan. 11 (Yonhap) -- International sanctions are having an impact on the already dire economic and social conditions of North Korean people and should be addressed as soon as possible, the U.N. human rights rapporteur on the communist nation said Friday.

In a press conference wrapping up his five-day visit to South Korea, Tomas Ojea Quintana also said that the North's serious human rights situation remains unchanged and called for including the issue of human rights in denuclearization negotiations with Pyongyang.

Quintana took note of North Korean leader Kim Jong-un's call in his new year's address for a dramatic improvement of the living standards of the North's people, saying the remark could suggest he has recognized the problem and that could be the beginning of resolving it.

"The economy of North Korea has been targeted as a whole by sanctions. This formula, from (a) human rights point of view, poses a lot of questions," Quintana said. "In my view, the issue of sanctions will have to be addressed as soon as possible."

He urged the U.N. Security Council to supervise the implementation of its sanctions to make sure that they do not have a detrimental impact on vulnerable people in North Korea. He also talked about the limitations faced by U.N. agencies in North Korea in carrying out humanitarian operations.

"I also make here a similar call to those countries who have imposed unilateral sanctions," he said.

Humanitarian activities are not banned under international sanctions, but sanctions affect such operations through a disruption of banking channels, breakdown in supply chains and delays in transportation of goods.

"It is important that humanitarian cooperation is extended without politicization and in full respect of the principles of neutrality and independence," the U.N. expert said.

It was his fifth trip to Seoul since taking up the post in March 2016. His office said that North Korea has not granted his repeated requests to visit the country.

The envoy plans to submit a regular report on his findings and recommendations to the U.N. Human Rights Council in March. 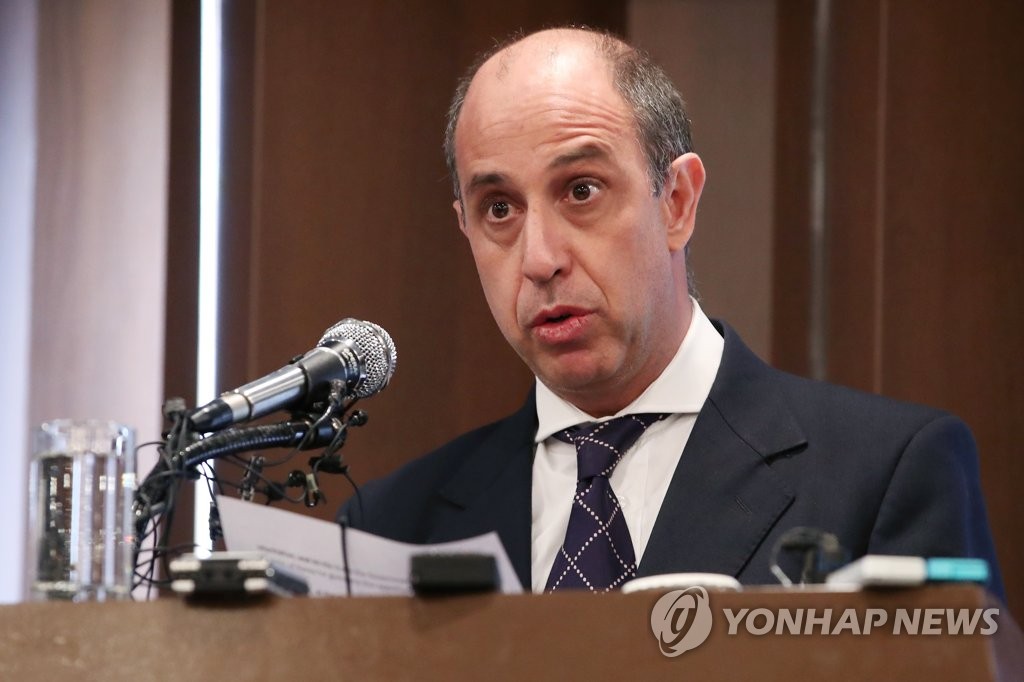 U.N. envoy says issue of sanctions on N.K. should be addressed 'as soon as possible'

U.N. envoy says issue of sanctions on N.K. should be addressed 'as soon as possible'