And the 22-year-old center back delivered just that, as South Korea defeated Kyrgyzstan 1-0 with his goal in their second Group C match on Friday.

Kim scored South Korea's winning goal from a corner kick at Hazza bin Zayed Stadium in Al Ain, the United Arab Emirates. With the latest win, South Korea confirmed their berth in the round of 16.

Kim broke the scoreless deadlock in the 41st minute after he unleashed a powerful header off Hong Chul's corner kick. It was his first international goal in 14 appearances.

Kim, who boasts a 188-centimeter frame, isn't a high-scoring defender. In his last two seasons with the K League 1 champions Jeonbuk Hyundai Motors, he scored three goals in 52 matches.

But against Kyrgyzstan, Kim showed a forward-like movement as he cut inside the near post and headed down Hong's corner over Kyrgyzstan captain Valery Kichin for a 1-0 lead.

In a post-match interview, Kim said this was a result of his team's set piece practices.

"We really practiced set pieces a lot," Kim said. "Fortunately, I was able to score on a set piece, and I'm thankful that I was able to help our team. It's also meaningful that I also scored my first international goal."

Kim was also solid on defense, contributing to South Korea's second straight clean-sheet game at the Asian Cup. He was also a starting center back in South Korea's 1-0 win over the Philippines on Monday.

"We want to keep this clean-sheet record," he said. "Even though we scored only one goal, a win is a win. But I hope we can score more goals in the next match."

The 2019 Asian Cup is Kim's first major tournament since making his senior debut in 2017. He was considered a sure pick for the 2018 FIFA World Cup, but wasn't selected for the final squad due to injury.

Kim is one of seven South Korean players competing at the Asian Cup after winning a gold medal at the 18th Asian Games in Indonesia last year. 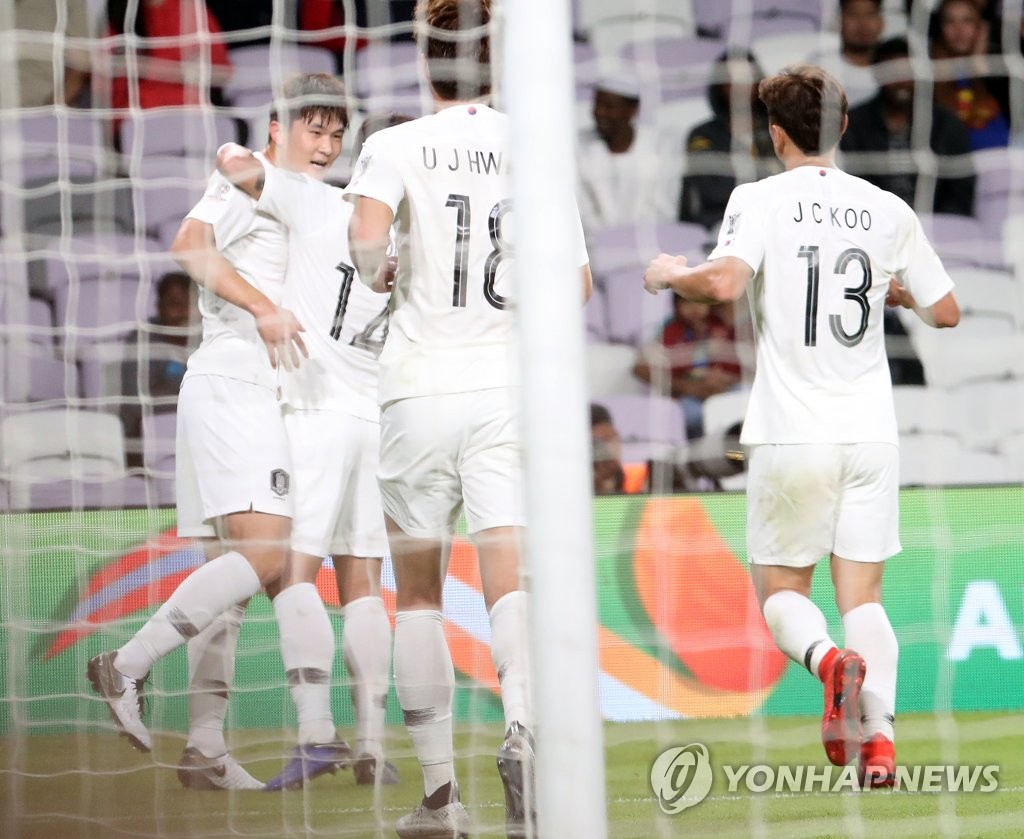