Kim Min-jae's 41st-minute header stood as the winner in South Korea's second Group C match at Hazza Bin Zayed Stadium in Al Ain. South Korea secured a spot in the round of 16 with this win, but Bento acknowledged afterward it wasn't the finest hour for his side. 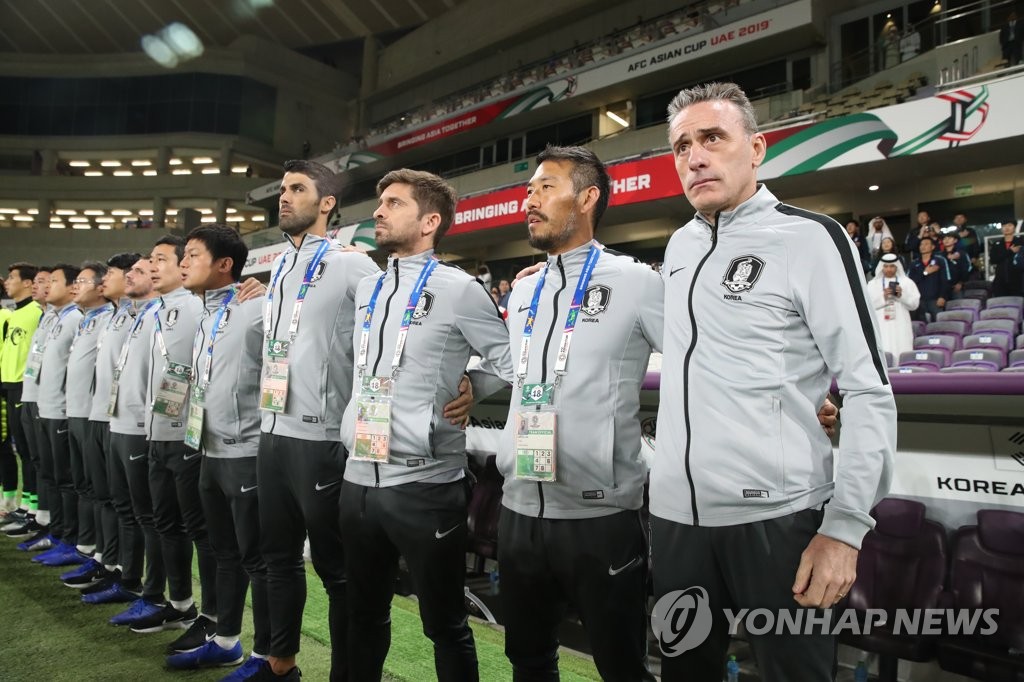 "We created a lot of scoring chances and we could have put this match away quickly," Bento said. "We gave the opponents hope that they could get a draw. We didn't play particularly well but a victory is a fair result."

South Korea outshot Kyrgyzstan 7-2 and hit the crossbar three times in the second half. During the first half, midfielder Lee Chung-yong missed a wide open net in the goalmouth, airmailing a shot with goalkeeper Kutman Kadyrbekov out of position. Attacking midfielder Koo Ja-cheol also tested the custodian several times but came away empty-handed.

"We made some passing mistakes in the first half, though our offensive cohesion improved in the second half," the coach said. "We got anxious when we couldn't get the second goal, but the opponents stuck to their style of play and made life difficult for us."

South Korea also beat the Philippines 1-0 on Monday in a match they thoroughly dominated. He said the lack of scoring can be a cause for concern and called on his players to keep creating opportunities and to try to finish them off.

South Korea played the first two matches without Son Heung-min, the in-form offensive star for Tottenham Hotspur. The Premier League club worked out a deal with the national team, so that Son would sit out these early matches at the Asian Cup in exchange for representing South Korea at the Asian Games last summer in Indonesia.

"We had a nervy finish in both of our first two matches because we failed to score multiple goals," Bento said. "We have to improve our offense. We all know what Sonny is capable of, and he's in great form. Once he arrives here, we'll figure out when he'll get to play." 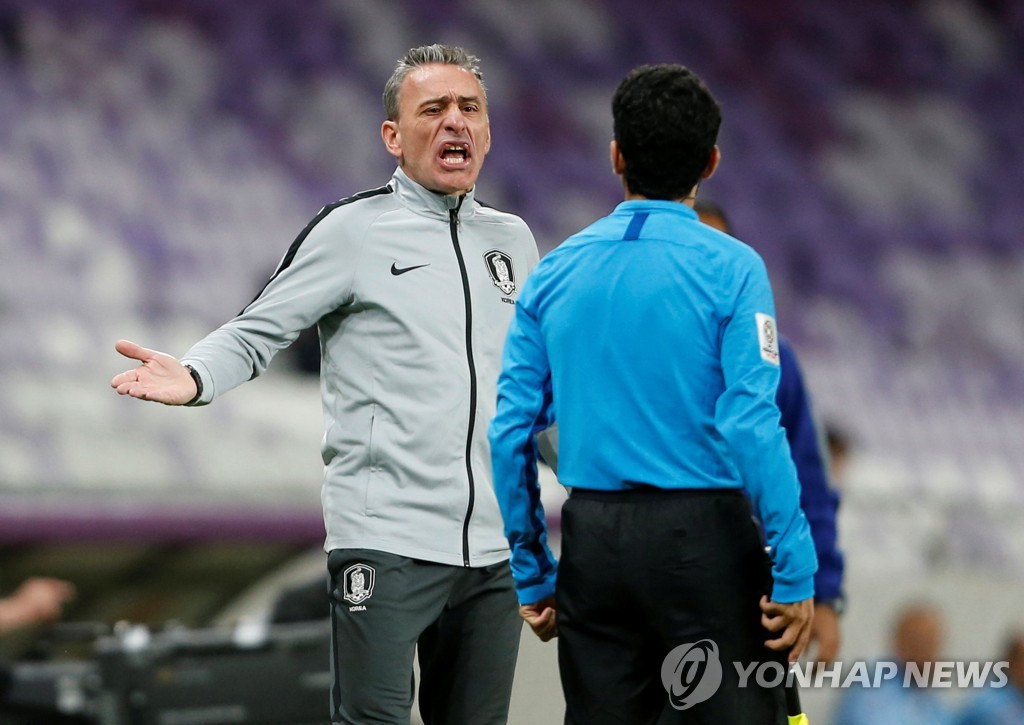 (Asian Cup) S. Korea coach not pleased with performance in victory over Kyrgyzstan

(Asian Cup) S. Korea coach not pleased with performance in victory over Kyrgyzstan