South Korea beat Kyrgyzstan 1-0 at Hazza bin Zayed Stadium in Al Ain, the United Arab Emirates, to collect their second straight win in Group C at the Asian Cup. The Taeguk Warriors previously edged the Philippines 1-0 in their opening match on Monday.

The latest result put South Korea in the round of 16 regardless of their final group stage against China on Wednesday.

For their first encounter with Kyrgyzstan, South Korea stuck to their usual 4-2-3-1 formation. However, Paulo Bento's side made three changes to their starting lineup from their opening match against the Philippines. With midfielders Lee Jae-sung and Ki Sung-yueng ruled out with injuries, South Korea deployed Lee Chung-yong and Hwang In-beom to fill their shoes. Left back Hong Chul made his first Asian Cup appearance by starting ahead of Kim Jin-su. 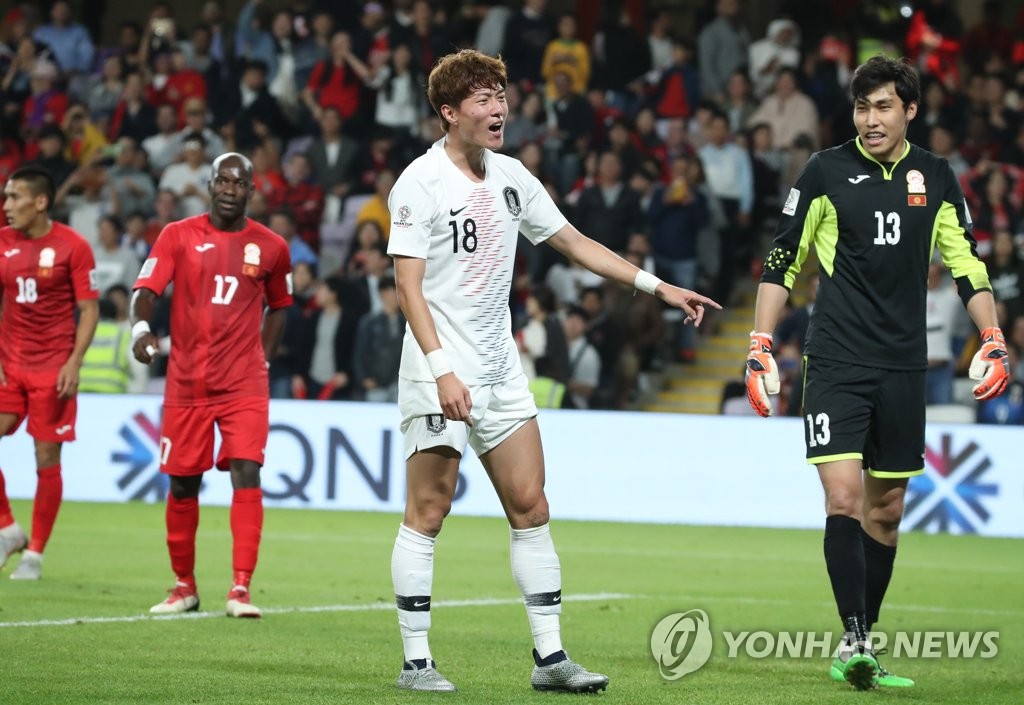 South Korea had 71 percent of possession against Kyrgyzstan, which was more than 10 percentage points down than what they had in the Philippine match.

But what really caused South Korea a problem in their attacking process was their sloppy passes. In the opponents' half, South Korea only marked 76.6 percent of passing accuracy, according to the match statistics provided by the AFC. This was nearly 10 percentage points worse than what they had against the Philippines.

Against Kyrgyzstan, Bento apparently ordered full backs to play more aggressively when South Korea had the ball. Both Hong and Lee were seen playing wide like wingers and was frequently seen delivering crosses to the box.

But South Korea again lacked accuracy on the flanks and it was actually even worse than what they did against the Philippines. According to the AFC statistics, Bento's side made 25 crosses against Kyrgyzstan, and had 24 percent of accuracy, which was six percentage points down from the previous match. 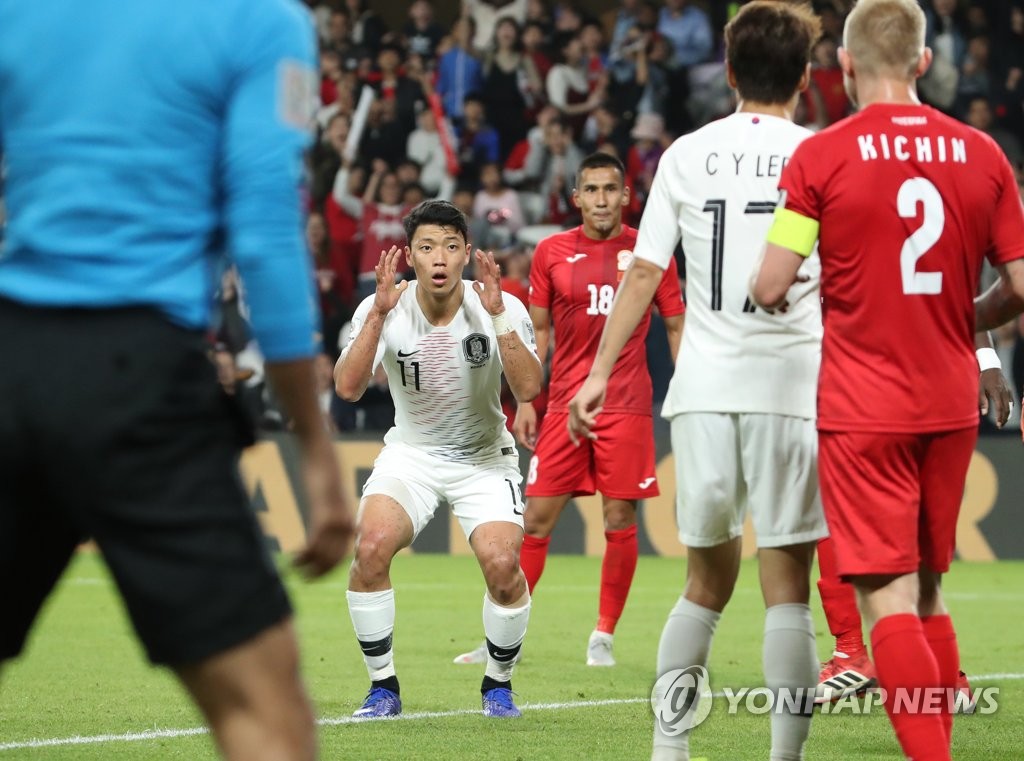 However, South Korea's emphasis on wing play and active goal attempts did have a bright side: producing corner kicks.

South Korea only had three corner kicks against the Philippines but 10 against Kyrgyzstan. And their match winning goal came from none other than a corner kick. In the 41st minute, Kim Min-jae unleashed a powerful header off Hong's corner kick.

South Korea did have several opportunities to double their lead in the second half, but their starting forward just didn't have finishing touch.

Hwang Ui-jo's header off Hong's cross hit the bar in the 68th and in the 73rd, the Gamba Osaka striker's left-footed strike from a tight angle also rattled the bar following a save by goalkeeper Kutman Kadyrbekov. In the 76th, Hwang Hee-chan's right-footed effort to the empty net also hit the bar.

In the end, South Korea attempted 19 shots against Kyrgyzstan, and saw seven of them landing on target. This was a slight improvement from numbers in the previous match, which South Korea made five out of 16 shots on target.

However, against the Philippines, only half of 16 shots were made inside the box. In the match against Kyrgyzstan, South Korea had 17 attempts inside the box, and the fact that only one was able to find the net actually indicates that South Korea's precision in the penalty area actually didn't improve.