Seoul's top nuclear envoy, Lee Do-hoon, and his American counterpart, Stephen Biegun, will co-chair a session through a video conference on denuclearization amid months of quiet in related dialogue, they said.

"The two sides are fine-tuning the details for the meeting slated for the latter half of next week," one of the diplomatic sources said.

The two sides are expected to discuss details regarding inter-Korean relations as Washington and Pyongyang are poised to resume talks.

Officials from the White House, South Korea's presidential office and the unification ministry will also join the talks.

The talks have been reportedly postponed due to the partial shutdown of the U.S. federal government after the White House and Congress failed to reach a compromise over a spending deal. 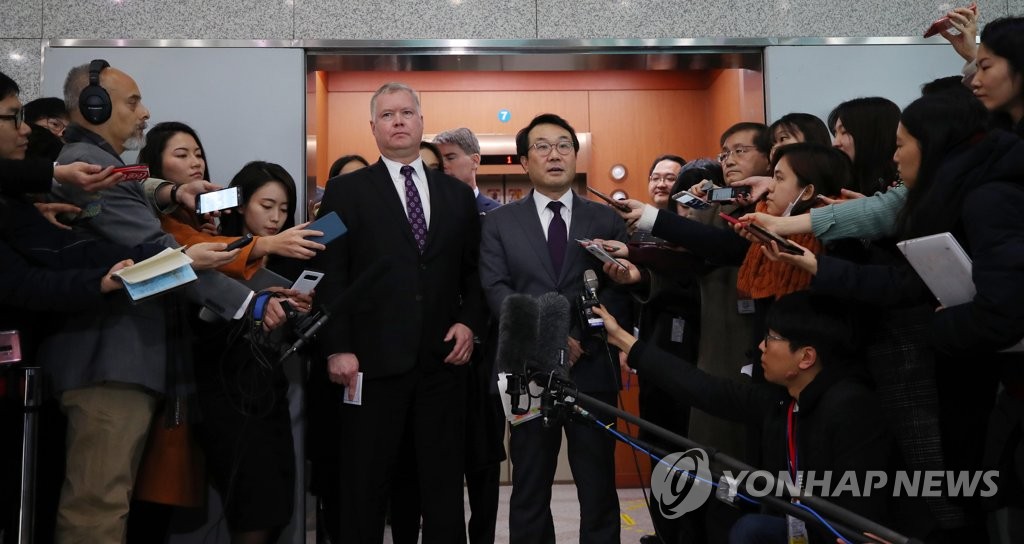