TONGYEONG, South Korea, Jan. 13 (Yonhap) -- The search continued for a third day on Sunday to find the two missing people from a fishing boat collision off the country's southern coast, authorities said.

The 9.77-ton Mujeok, carrying the captain, a sailor and 12 anglers, capsized after running into a 3,000-ton cargo ship in waters about 80 kilometers south of Yokji Island early Friday, leaving three people dead and two missing, according to the Coast Guard.

The Coast Guard has sent 10 vessels to the site for the overnight rescue operation. They plan to add more ships and may expand the search site, depending on weather conditions.

The capsized Mujeok is due to be towed into Yeosu Port later in the day.

Two of the crew, including the 57-year-old captain, surnamed Choi, were found unconscious and were later pronounced dead. Another person sent to a hospital in critical condition also died. 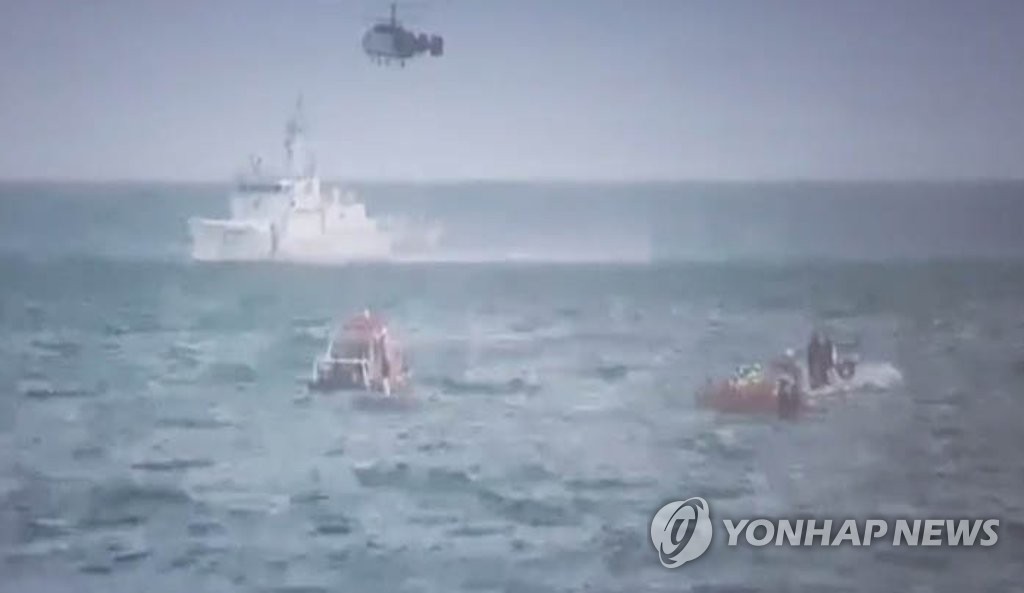