Korea fell 34-27 to Russia in a Group A game at the 2019 International Handball Federation (IHF) World Men's Handball Championship at Mercedes-Benz Arena in Berlin on Saturday (local time). This was Korea's second defeat at the tournament after dropping its opening game 30-19 against Germany two days ago. 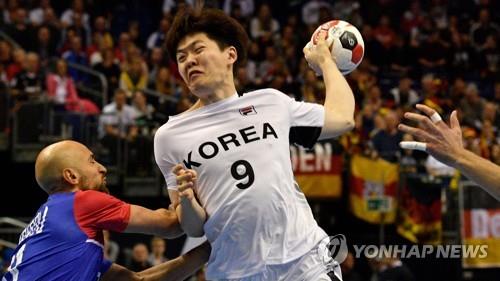 The 26th edition of the world championship is the first international tournament for a joint Korean handball team. South and North Korea agreed to combined their men's handball teams at a meeting of sports administrators on Nov. 2 last year. The unified team of 16 South Koreans and four North Koreans, coached by South Korea's Cho Young-shin, began training together in Berlin on Dec. 22.

Against Russia, Korea finished the first half 20-13. The Koreans cut the deficit as close as five during the second half but couldn't get any closer.

South Korea's Park Kwang-soon and Kang Jeon-gu were the highest scorers for the team with four goals each. No North Koreans scored a goal against Russia. 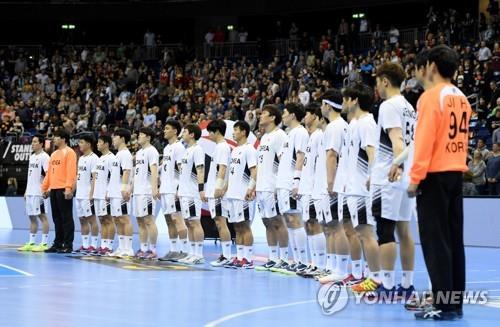