According to the Korea CXO Institute, the company accounted for some 10 percent of all sales among the country's 1,000 listed businesses for the past seven years, with its operating profit rising to around 30 percent of the total.

The institute said the numbers clearly show how dependent the national economy is on one company that was founded 50 years ago.

It pointed out that while the tech giant, the flagship company of Samsung Group, the country's largest family-run conglomerate or chaebol, made up just 4.1 percent of all sales among the 1,000 publicly traded firms in 1996, this rose to 5.9 percent in 2002, when it first took the top spot with numbers rising to 11 percent in 2013. 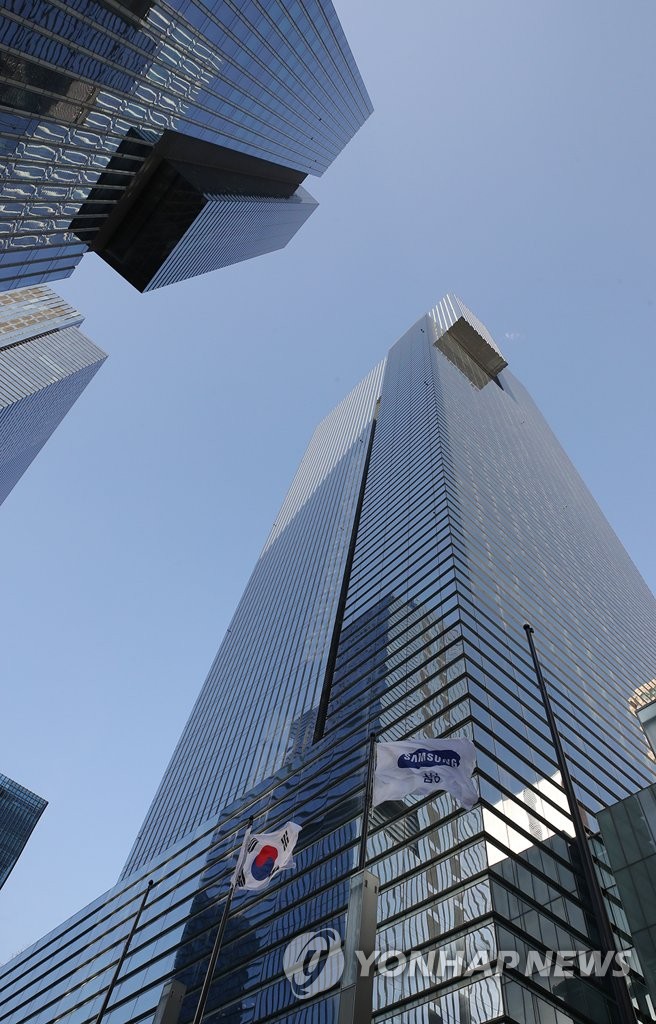 "Since Samsung is expected to have posted its best year yet in 2018, the sales percentage may have risen even more," CXO Institute said.

It then said the company's operating profit that took up 7.3 percent among the largest listed firms in 1996, ranked first in the following year and has maintained its leading position ever since. The electronics company accounted for 29.2 percent of all operating profits among the big players in 2013.

The market institute said the company's operating profit took a beating in 2001 and suffered setbacks again in 2008 following the global financial crisis, although things have turned around since 2016.

The CXO Institute said that for 2019, Samsung's operating profit may post a downturn due to unfavorable market conditions ranging from a drop in semiconductor prices and growing protectionism trends facing the world that affect trade.

Related to this prediction, securities companies here are forecasting the company's operating profit may nose-dive 24.3 percent on-year to 44.6 trillion won in 2019.

"Because of the influence Samsung exerts on Asia's fourth-largest economy as a whole, any slowdown in its growth may have far-reaching fallout for the country as a whole," a market watcher warned.
(END)