The fine dust level stood at 79 micrograms per cubic meter (㎍/㎥) for Seoul as of 10 a.m., with the level in the western Yangcheong district soaring to 109 ㎍/㎥, according to Air Korea.

The density was predicted to hover above 50 micrograms per cubic meter on average for the day in most of Seoul and its surrounding regions, the weather agency said.

The level was measured at 72 ㎍/㎥ for Seoul, followed by 60 ㎍/㎥ for Incheon and 81 ㎍/㎥ in Gyeonggi Province on Saturday.

The Ministry of Environment took reduction measures to tackle the dust particles. Starting at 6 a.m., thermal power plants in the aforementioned areas must reduce their output to 80 percent of normal operations.

Citizens chose to stay indoors or bustled their way on streets to avoid being outside for too long.

"My husband and I decided to see a movie on a day like this. We'll just grab a quick lunch after the movie and go home," a 47-year-old woman surnamed Park said.

The weather authorities forecast the dust density will remain high across the country till Monday. 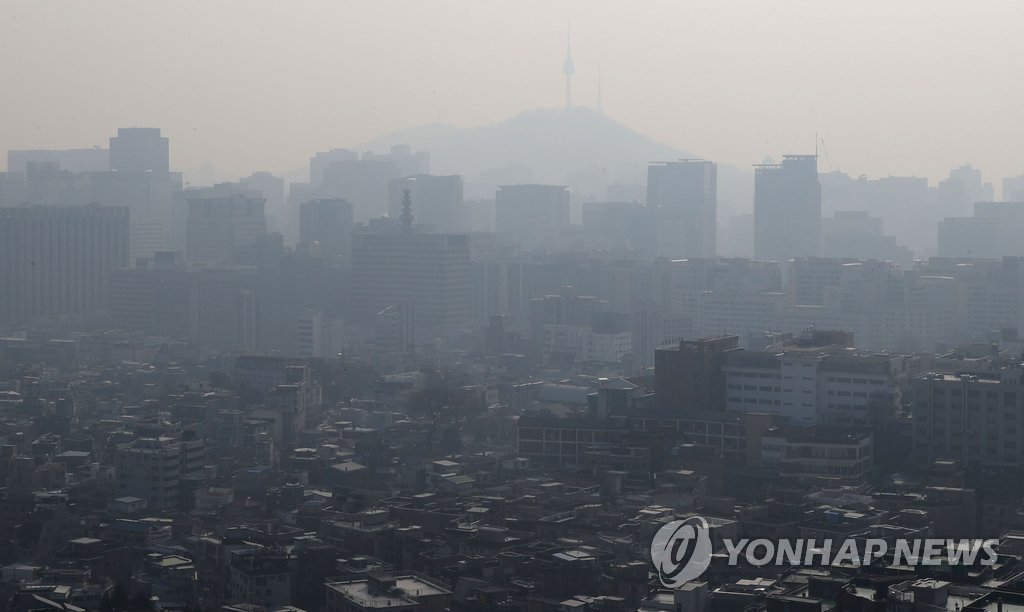