The outstanding lending of wholesale and retail firms stood at 141.7 trillion won (US$127 billion) as of end-September last year, up 9.7 percent from a year earlier, according to the data by the Bank of Korea (BOK).

It marked the steepest on-year gain since the first quarter of 2009, when it jumped 12.8 percent in the aftermath of the global financial crisis.

The central bank said a rise in the number of companies in the sector fueled the fast on-year growth of loans.

But other data showed the wholesalers and retailers have been struggling to make ends meet amid a sluggish pace of recovery, fewer Chinese visitors compared with heydays in the past and a sharp increase in the minimum wage.

According to separate Statistics Korea data, output of the wholesale and retail industry edged down 0.3 percent on-year in the third quarter, sharply slowing from a 2.2 percent and 1.6 percent growth in the first and second quarters, respectively.

Employment in the sector also declined 2.3 percent from a year earlier in the third quarter.

In March 2017, China banned group tours to South Korea in retaliation for Seoul's deployment of a U.S. anti-missile system. The ban was partially lifted months later.

At the same time, the South Korean government raised this year's minimum wage by 16.4 percent for last year and 10.9 percent for this year, as part of its income-led, or consumption-led, economic growth policy. 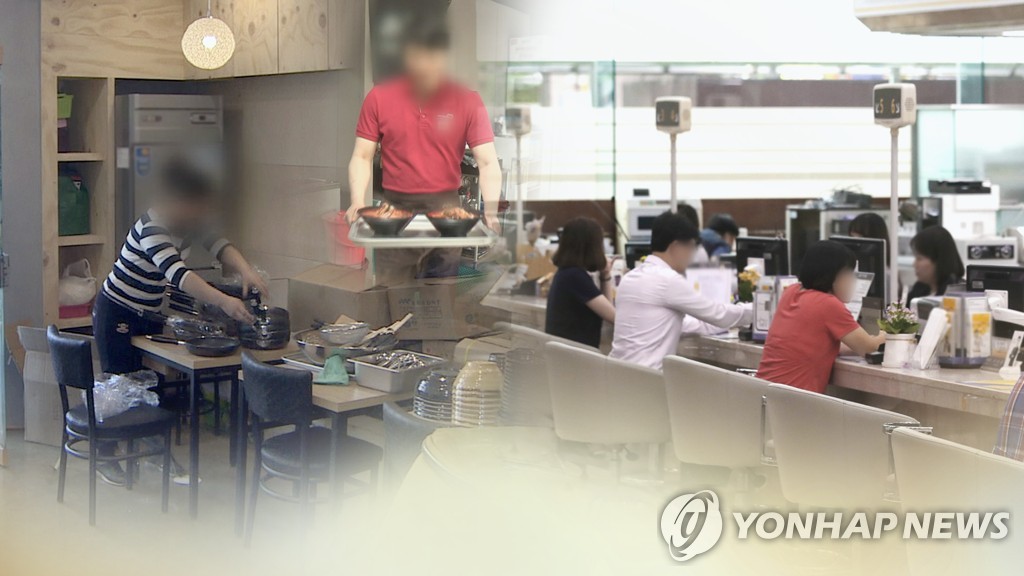