South Korea, seeking their first title in 59 years, have defeated the Philippines and Kyrgyzstan by scores of 1-0 in their first two Group C matches. 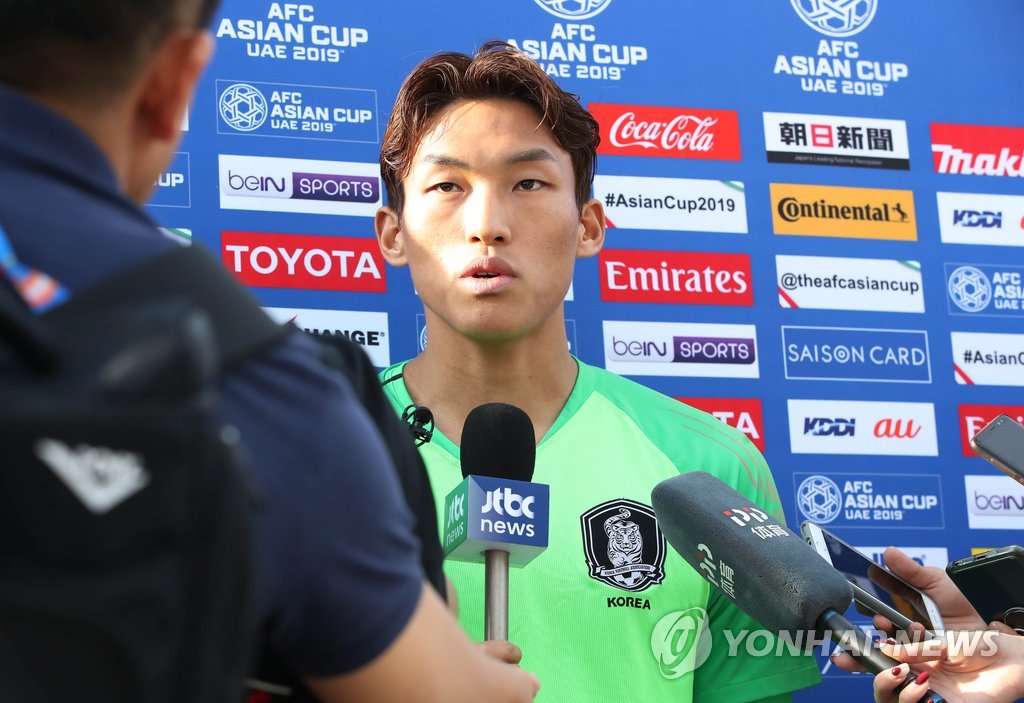 The Taeguk Warriors will close out group play against China on Wednesday at Al Nahyan Stadium in Abu Dhabi. Both teams have qualified for the round of 16 with six points from two victories, and on the line is the top seed in Group C.

"We have to beat China and take the No. 1 seed, so that we'll face easier opponents in the tournament stage and our travel will be easier," Kim told reporters before practice at New York University Abu Dhabi. "It's not simply that we want to beat China. We must win that match if we want to go on and win the championship."

In addition to the top two teams from each of the six groups, the four-best No. 3 seeds will also advance to the round of 16. And the Group C winners will face one of the third-place teams in the first knockout match.

And the top seed from the group will also have less demanding travel schedule. If South Korea win the group, their round of 16 match will be in Dubai. And the quarterfinals, semifinals and championship final, if South Korea go that deep, will all be in Abu Dhabi.

Kim said the key to beating China will be to minimize mistakes. 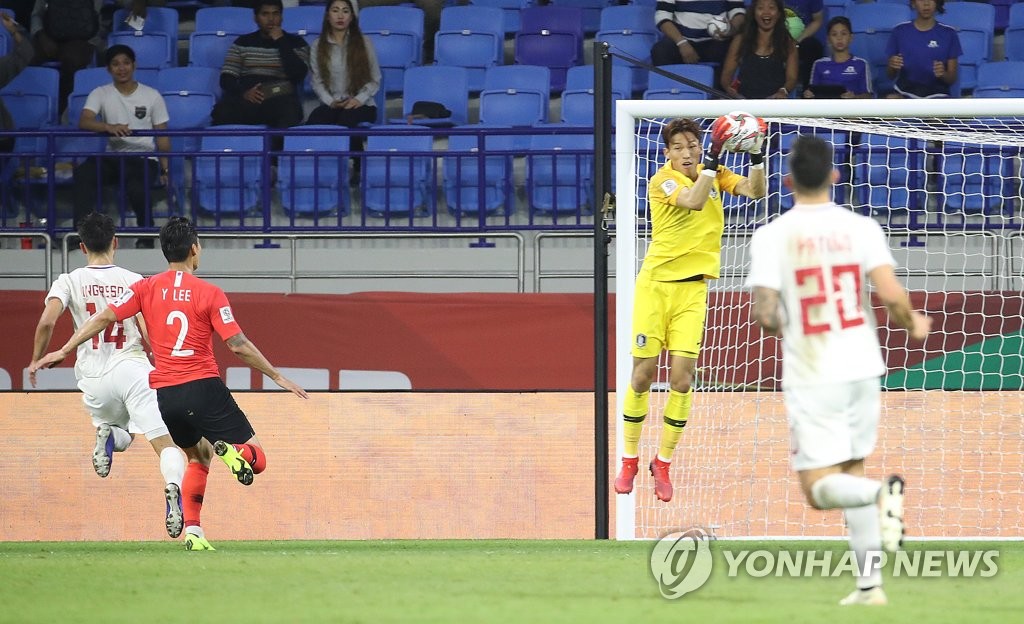 "We made a lot of miscues during the first two matches here," Kim said. "We tried hard to execute plays that we'd worked on and we got two straight wins because we limited the damage from our mistakes."

Kim was relegated to the bench at the FIFA World Cup last year in Russia, as the less-heralded Jo Hyeon-woo emerged as the unlikely hero. But at the Asian Cup, Kim has snatched back the starting job and after consecutive clean-sheet victories, he appears ready to run away with it.

"The coaches told me before the first match that I'd be the starting goalkeeper, and all I could think of was keeping the opponents off the board," Kim said. "We controlled the pace in both of our matches so far. And we tried to stay prepared for counterattacks by the opponents."

South Korea played their first two matches without Son Heung-min, the red-hot offensive star for Tottenham Hotspur. Under a prior agreement between the Spurs and the national team, Son was held out for those two contests after the Premier League team made him available for the Asian Games last summer.

Son, who had six goals and three assists in December and enjoyed a six-match point streak, is scheduled to join South Korea before Wednesday, though it remains unclear if he'll be thrown into action right away.

Kim said Son is the type of player who can only have "positive impact" on the team.

"The opponents will obviously be wary of such a talented player," Kim added. "Having Son Heung-min on board will make others fear our team."