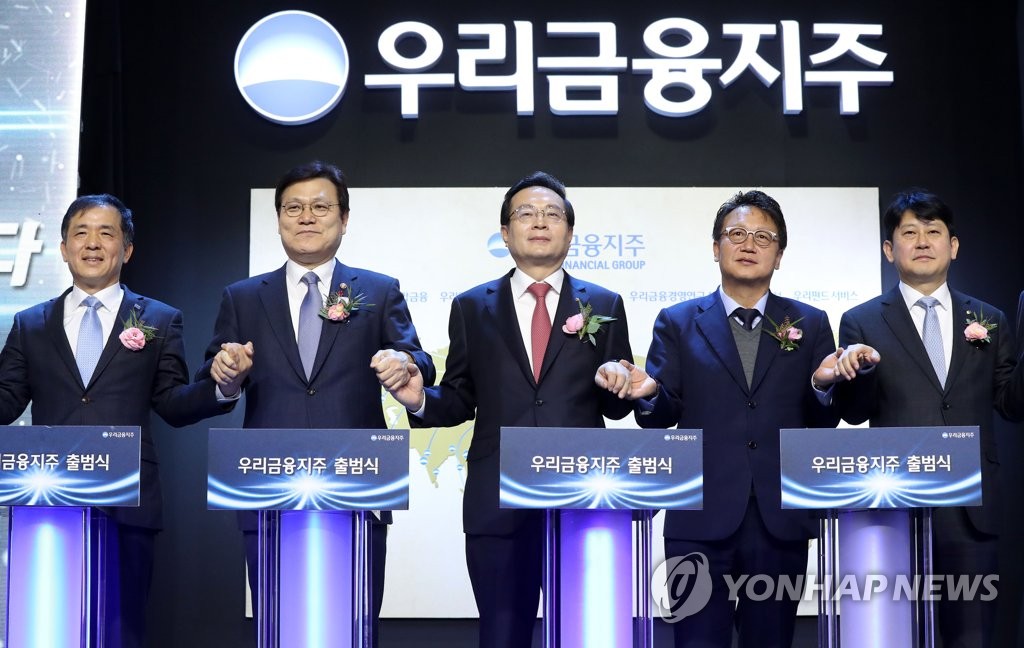 Woori officials have said once the conversion is complete, the holding company will get listed early this year.

Vowing to diversify its revenue sources via active M&As of nonbanking entities, Sohn later told reporters that his company plans to make its banking business account for 60 to 70 percent of its total assets, with the remainder to be filled up by nonbanking businesses.

"We've tried to build our network in the Southeast Asian market, and will continue to do so," the chief said, adding its plan to push for M&As of entities there "if necessary."