SEOUL, Jan. 14 (Yonhap) -- South Korea's top sports body on Monday decided to postpone its appointment of new senior officials, amid allegations raised by athletes that they'd been sexually assaulted by their coaches.

The Korean Sport & Olympic Committee (KSOC) had been scheduled to announce its new secretary-general and head of the National Training Center in Jincheon, 90 kilometers south of Seoul, following its board meeting on Tuesday.

But the KSOC said it will instead push the appointments back by a couple of weeks. Its board meeting will take place as scheduled, and KSOC President Lee Kee-heung will hold a press conference afterward to apologize for his lack of oversight and to announce preventive steps.

Accusations raised by Olympic short track champion Shim Suk-hee that she'd been sexually assaulted by her former coach, Cho Jae-beom, have shaken up the sports community.

Cho is serving a 10-month term for physically assaulting Shim and three other skaters. On Dec. 19, Shim filed a complaint against Cho over alleged sexual assault, and it was first reported by the media on Tuesday.

On Monday, a former judoka Shin Yu-yong claimed in an interview that she was sexually assaulted by her high school coach on multiple occasions. Shin thanked Shim for giving her the courage to speak up about her case.

In another move, the KSOC decided to hold the official year-opening ceremony at the Jincheon National Training Center on Thursday behind closed doors. The annual event has been open to the media in the past, but the KSOC explained that it wanted to protect the national short track team in light of Shim's allegations against Cho. 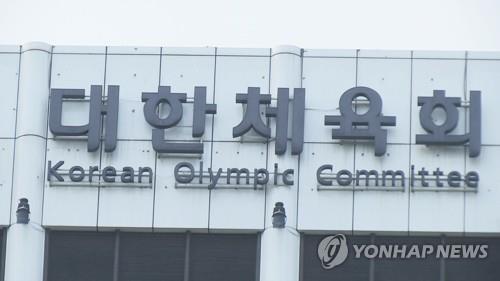