"Mal-Mo-E," or "language dictionary" in English, drew 785,618 moviegoers from Friday to Sunday, according to the data from the Korean Film Council (KOFIC).

The Lotte Entertainment release set in the country's colonial era hit local screens Wednesday. Popular musician-turned-actor, Yoon Kye-sang plays the lead role of a Korean linguist who struggles to compile the first Korean dictionary against the dire backdrop of the colonial Japanese government's ban on the use of Korean language.

"Inside me," another Korean film released Wednesday, attracted 564,568 people during the same period, taking second place at the box office.

The film, starring Park Sung-woong, Ra Mi-ran and Jinyoung of popular K-pop boy band GOT7, is a comic fantasy depicting the story of a middle-aged gangster who accidentally swaps bodies with a bullied high-school boy. 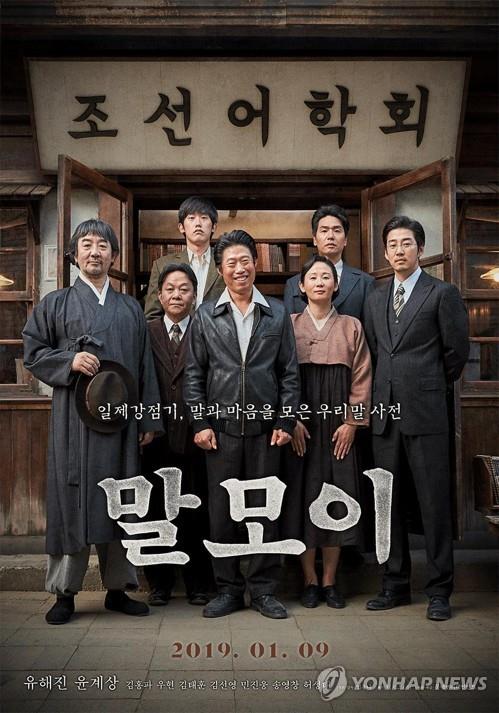