SEOUL, Jan. 14 (Yonhap) -- Controversy is mounting over allegations that a local animal shelter has ruthlessly been putting its animals to sleep, sparking calls for an overhaul of the animal protection system and stringent measures against animal abuse.

A former employee of Care, one of the largest animal shelters in South Korea, blew the whistle in an online news outlet recently, accusing CEO Park So-yeon of instructing her staff to euthanize 250 animals between 2015 and last year.

The employee, who refused to be identified, alleged Care has intentionally been putting animals down and that many of Park's staff tried to stand up against her decisions but that she went ahead with them anyway.

Care admitted to having administered lethal drugs to "a small number of animals" but that it was inescapable as they were too savage or sick to keep in the shelter any longer.

Care denied the whistleblower's claim about the high-handed decision-making process, saying that each case was moved forward after everyone agreed to it.

Defending its actions, the animal protection group instead called for public discussion over animal euthanasia and voiced the need for it to be more strictly regulated.

"In some cases, the animals are in so much pain and they are better off being euthanized," it said in a statement released Friday. "We need to put the issue up for discussion." 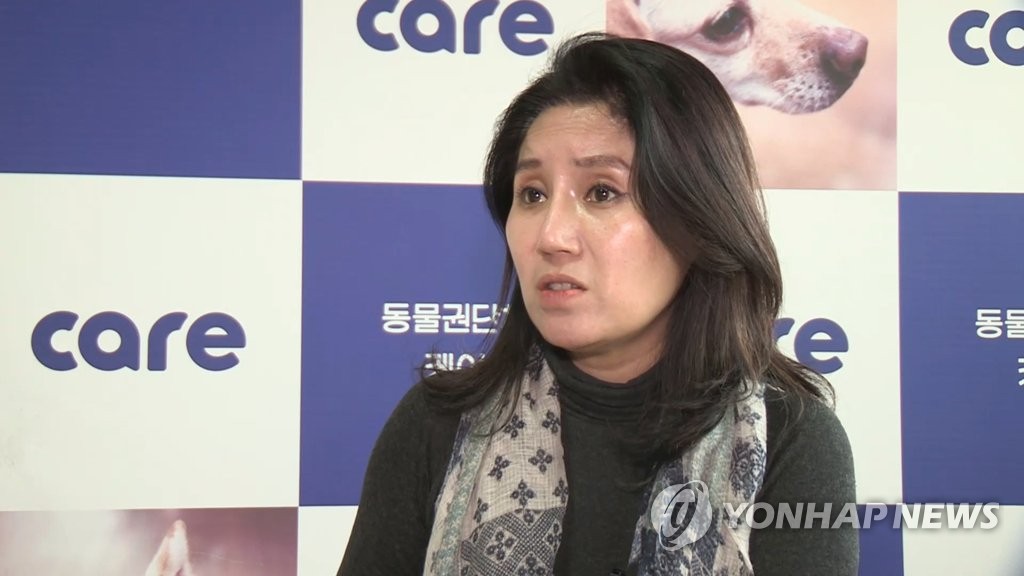 The controversy has stirred public anger, since Care was known for its image as an activist organization dedicated to protecting animal rights.

Established in 2002, Care originally started off as an animal rights group, and its rescue work became highly publicized for ambushing dog farms and saving the dogs from being slaughtered or raised for fighting. The media even dubbed Park "the Queen of Rescues."

Former Care employees and animal rights activists staged rallies in Gwanghwamun and outside Care's headquarters in Seoul's central Jongno district over the weekend, blasting Park as a liar and urging her to resign.

Park plans to hold a press conference Wednesday. She has made it clear she won't step down.

Law enforcement has yet to take action regarding the allegations.

A petition has been filed on the presidential office Cheong Wa Dae website calling for an investigation into the alleged animal abuse. Over 2,700 people have signed the petition.

Experts point out a lack of social awareness regarding abandoned pets and proper treatment.

"We need to deal with stray animals from a standpoint of looking at and treating them as living things, not as products for sale," an animal activist said, asking not to be named. "It's worth noting that pet shops are on a downtrend around the globe."

The activist called for an complete overhaul of the animal protection system -- how pets are abandoned, rescued, moved to shelters and adopted.

"For-profit animal reproduction must be regulated," the activist stressed. "It's especially outrageous and unforgivable that an activist group betrays its sponsors by breaching its own transparency rules."

Experts said South Korea needs to adopt a stricter animal adoption system, citing Germany as an example of a country that requires people to take certain education programs on animal adoption before they adopt homeless animals.

Efforts to create a culture that respects animal rights and lives are an equally important task for Korean society, they added.

"We lack the ability as a state to make up for any shortfall if there's something wrong in the private animal protection sector. Park may have just become too desperate to prove herself with her job," the activist said. 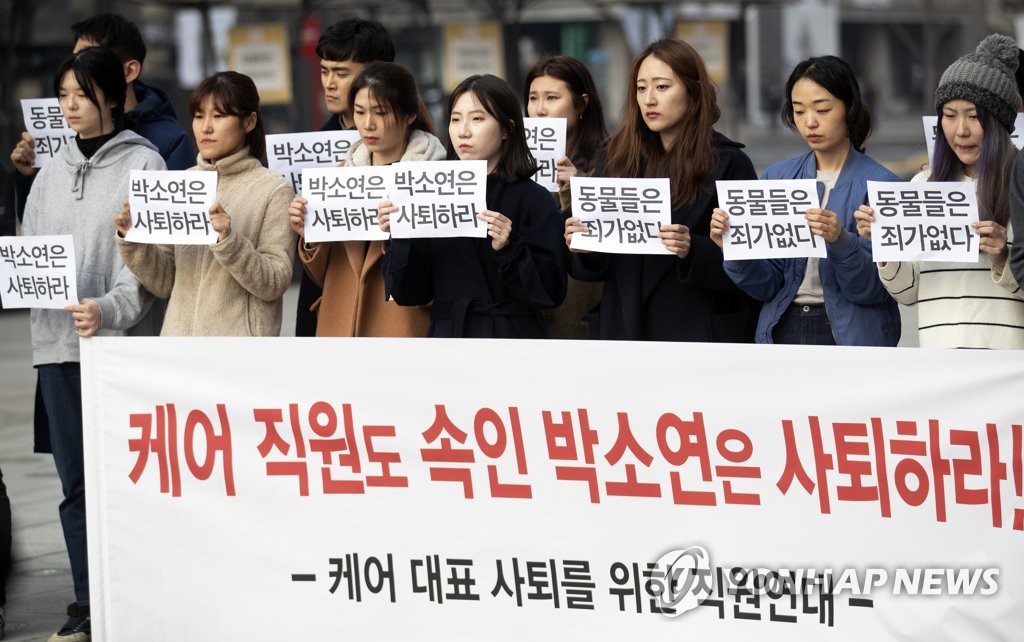