SEOUL, Jan. 14 (Yonhap) -- South Korea and Britain will hold working-level talks next week to chart their future partnership after British parliamentarians' vote this week on their government's deal to leave the European Union (EU), an official at Seoul's foreign ministry said Monday.

The director-general meeting is set for Jan. 23 after the House of Commons, the lower house of Britain's legislature, holds the high-stakes vote on the fate of the withdrawal agreement Tuesday (London time).

Seoul has been striving to minimize any negative ramifications of the EU divorce deal on the two countries' trade and other economic exchanges, and set a new bilateral partnership for the post-Brexit era, the official said.

"After the outcome of the vote comes out, the Seoul government plans to convene a meeting of officials from the ministries of foreign affairs, industry and finance, the National Tax Service and other agencies to discuss it on Wednesday (Korea time)" the official said on condition of anonymity.

"Following the interagency consultations, we plan to hold talks with Britain's foreign ministry over various issues, including economic and consular affairs, regardless of whether the Brexit deal is passed or not," he added.

Concerns have persisted that should the British parliament vote down the exit deal, the "no-deal" Brexit could occur -- a scenario under which benefits from the South Korea-EU free trade agreement (FTA) will evaporate to the detriment of South Korean businesses and consumers.

Some 100 South Korean businesses operate in Britain with an eye on expanding their footholds across Europe. Britain's departure from the EU could increase administrative and logistical hurdles for these firms, observers predicted.

"Should there be high chances of a no-deal Brexit, this could be an emergency situation (for South Korea)," the official said.

"In that scenario, the Korean Embassy in London will form a task force in cooperation with other agencies, such as the Korea Trade-Promotion Investment Agency, to gather complaints from Korean businesses operating in Britain and Korean residents there," he added.

"Above all, the most important thing is to have the South Korea-Britain FTA," he said. "We are ready for negotiations. ... When Brexit takes effect on March 29, we will try to conclude FTA talks in the shortest possible time and finish domestic procedures swiftly to help Korean firms." 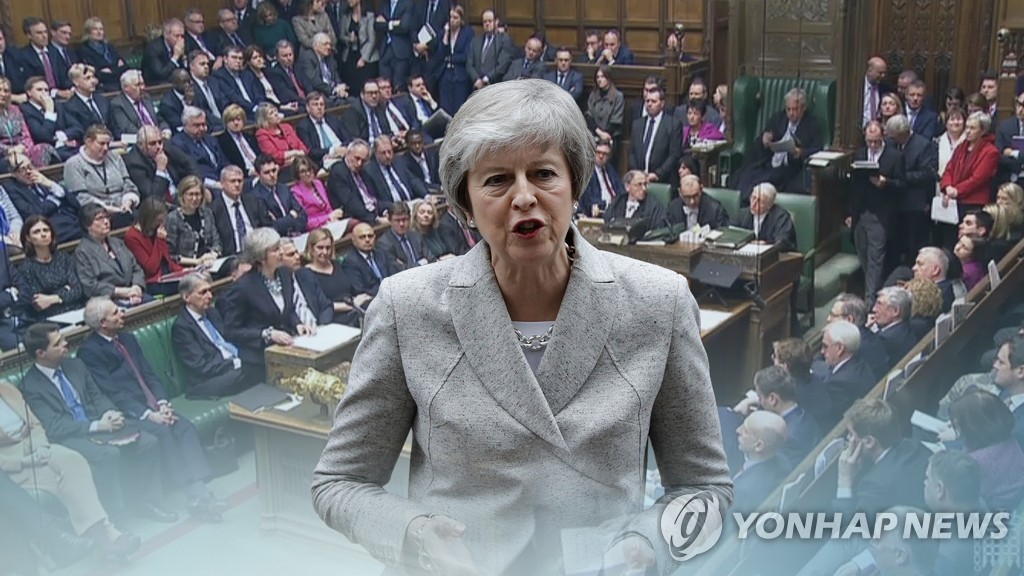