SEOUL, Jan. 14 (Yonhap) -- Prosecutors raided the headquarters of South Korea's largest mobile carrier, KT Corp., on Monday as part of a probe into allegations it gave undue favor to the daughter of a lawmaker.

The Seoul Southern District Prosecutors' Office sent about 30 investigators to premises including KT's main headquarters in Seongnam, just south of Seoul, and its Seoul office, to secure possible evidence over suspicion that it unfairly hired the daughter of Rep. Kim Sung-tae of the opposition Liberty Korea Party (LKP).

The prosecution is investigating allegations that KT promoted Kim's daughter, who was initially a temporary worker at KT, to a regular full-time position in April 2011. The LKP was at that time the ruling party. The daughter quit the job in February 2018.

Kim, a former floor leader of the LKP, has denied that his daughter received undue favor.

The ongoing probe against Kim and KT follows complaints filed by the labor union of KT and other progressive groups. 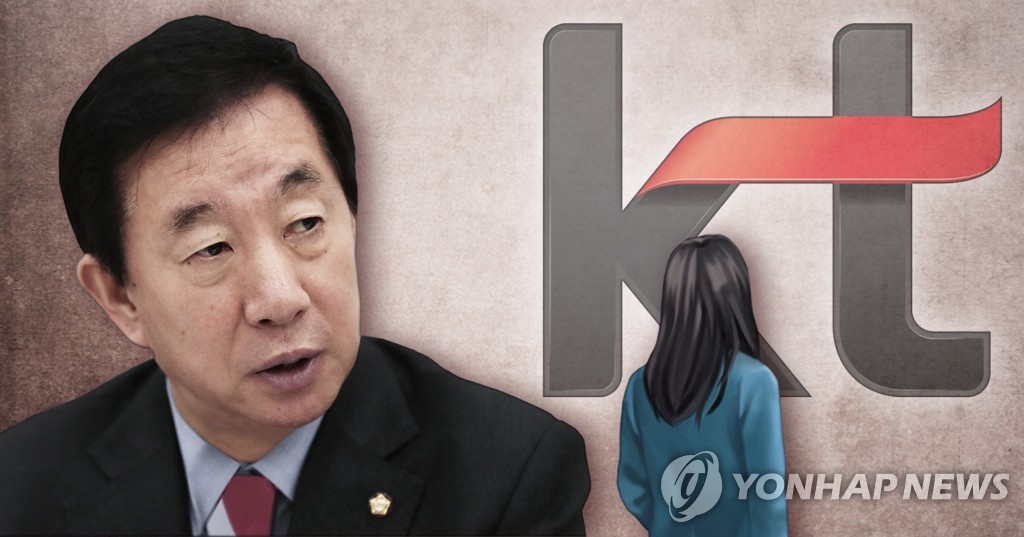