The accident took place at 10:30 a.m. Saturday in waters near the port of Dongying in Shandong Province, Xinhua News Agency said.

The tanker was carrying 1,850 tons of LPG, the agency said.

"We received notice from the ship concerned Saturday morning that its safety valve had broken," an official from the port authorities was cited as saying.

Meanwhile, China's state-run CCTV reported earlier in the day that the local authorities have successfully shut off the gas, adding there were no casualties. 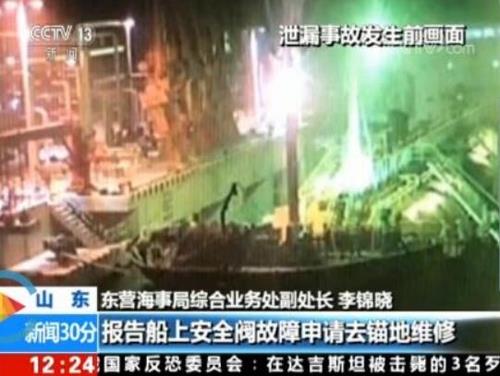