SEJONG, Jan. 14 (Yonhap) -- South Korea will take measures to stabilize its Treasury bond market in case of sharp volatility, a senior government official said Monday, as Seoul closely monitors trade talks between the U.S. and China and the monetary policies of major economies.

Koo Yoon-cheol, second vice minister of economy and finance, made the comments in a meeting with executives of South Korean and foreign financial companies at a government building in Seoul.

Koo did not elaborate on what those measures might be. 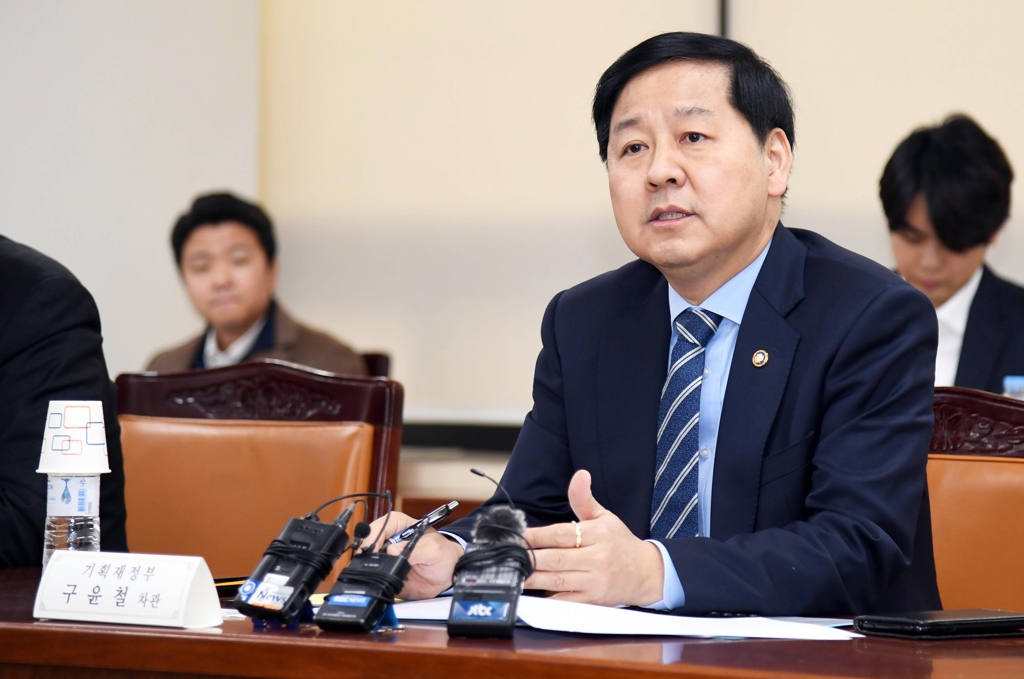 Participants of the meeting said there is a low possibility of a sharp flow of foreign funds into or out of the South Korean financial market, citing South Korea's solid creditworthiness in bond markets and its trade surplus, as well as reduced geopolitical risks, according to the Ministry of Economy and Finance.

In 2018, South Korea sold a combined 2.125 trillion won (US$1.9 billion) worth of 50-year state bonds amid strong demand for the longest-dated Treasury bonds.

In October 2016, the ministry floated its first-ever super long 50-year state bonds. The 50-year debts have the longest maturity of any securities issued by South Korea.