On Friday, his ministry announced the plan for the 2019-2023 period, during which it wants to spend 270.7 trillion won (US$241.1 billion) -- 94.1 trillion won on improving defense capabilities and the rest on managing troops, equipment and facilities.

During the briefing for some 700 officers -- lieutenant colonel or above -- the minister enumerated his policy goals from the plan, including constructing a "strong" military to back up ongoing efforts to foster a lasting peace on the divided peninsula.

The briefing took place at the Gyeryongdae military headquarters, 160 kilometers south of Seoul. It was his first visit to the headquarters since he took office in September last year.

Also among the policy goals are the successful enforcement of last year's inter-Korean military accord aimed at reducing tensions and building mutual trust, and smooth preparations for the transfer of wartime operational control from Washington. 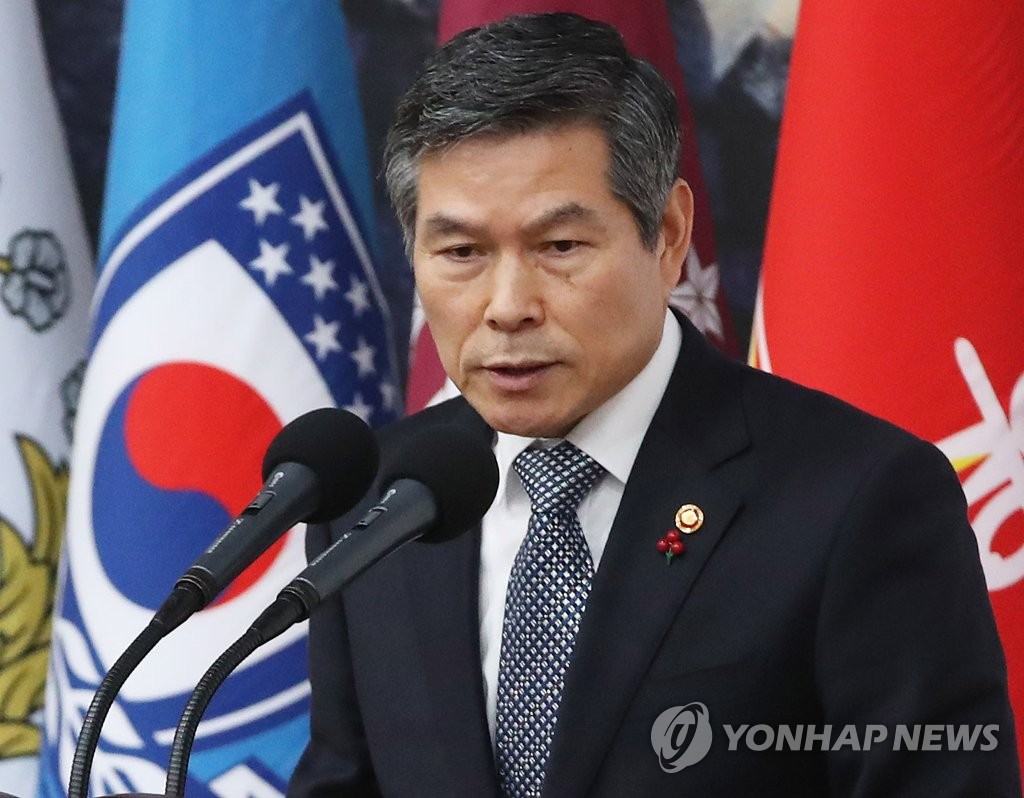