SHANGHAI, Jan. 14 (Yonhap) -- Two Korean naval ships made a port call in Shanghai on Monday, as Seoul prepares to mark the centennial of the establishment of Korea's provisional government in the Chinese city during Japan's colonial rule.

Carrying 149 naval cadets and 400 other sailors, the 4,400-ton destroyer Chungmugong Yi Sun-shin and the 4,200-ton logistical support ship Daecheong entered the Chinese port, the last leg of a nine-nation trip that began in September last year.

Before visiting China, the naval group visited the United States, Mexico, France, Belgium, Germany and Britain for training purposes and to build friendships with the partner countries.

Led by R. Adm. Lee Su-youl, the group was greeted by South Korean and Chinese officials, and Korean residents in Shanghai.

"I believe it is meaningful that we visited Shanghai where the provisional government began, as this year marks the 100th anniversary of its establishment here," Lee said.

"Though our trip here is short, our cadets will get a better understanding of the patriotism our independence fighters showed during their sacrifice for our country," he added.

South Korea plans to mark the centennial of the establishment of the provisional government in April. Japan occupied the Korean Peninsula from 1910-45. 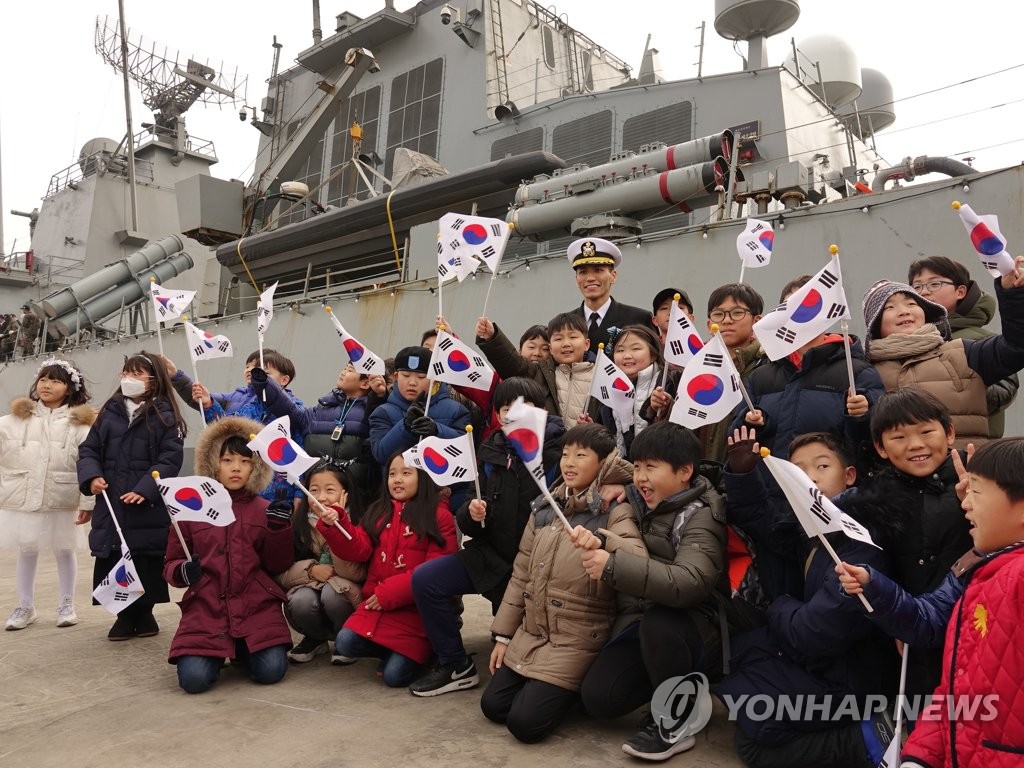