"Time for us" is the band's first full-length album since the release of their first, "LOL," in July, 2016, and their first music release after their EP, "Sunny Summer," in July last year.

The 13-track album comes as the band celebrates this week the fourth anniversary of its debut with the EP "Season of Glass" in 2015.

The members still vividly remember the tense and nervous moment they staged their debut performance. Since then, the band has released a series of hit songs, including "Me gustas tu" and "Rough," recording an unusually hefty success as artists from the lesser-known management agency Source Music.

"Each member grew a bit since our debut ... in terms of the ability to express. The depth and width of the members' expression have increased," member Umji said in a press showcase of the band's new album.

"Thankfully, the membership of our official fan club is also growing, driving up our determination to work harder," member Yuju said. 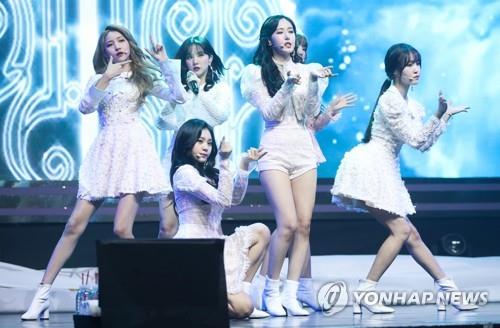 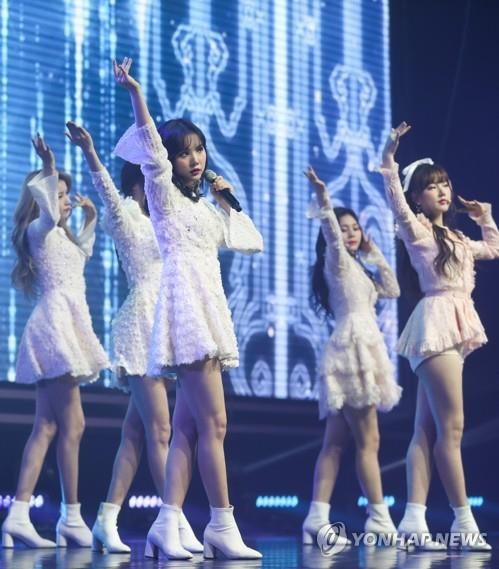 In 2018, GFriend officially debuted in Japan, and threw their first solo concerts in South Korea and Japan the same year.

The second full-length album, "Time for us," is a record to celebrate the four-year friendship between GFriend and "Buddy," an active fanbase with more male members.

Every track is cherry-picked, team leader Sowon said, exuding confidence that the album may go down in history as one of the best albums of all time.

"The song portrays a beloved person as a sun that has yet to rise. As the song nears to its end, imposing orchestra sounds swirl through the song, giving the feeling of a roller coaster ride," Sowon also said.

Alongside the song, the six princessly-styled members bring to the stage a powerful dance performance, highlighted by moves that match the sun-themed lyrics of the lead number.

"We had to make extra efforts to bring alive the passion, as well as the cuteness, of the song. So we put a lot of efforts in terms of vocals," Yuju said. "I worked hard to digest the high-pitched vocal part," according to Eunha.

The 13-track album also includes, as its last track, an instrumental version of the track "Sunrise" and the Korean-language version of "Memoria," GFriend's Japanese single released in the Japanese language in October. The lyrics were slightly modified as the song was converted from Japanese to Korean.

The 11th track, "Love Oh Love," was recorded a long time ago. The members accidentally sung part of the song during a live TV program, triggering wild search efforts for the music source among "Buddy."

"I am so unburdened to be finally able to talk about the song," Yuju said.

The tenth track, "A Starry Sky," is the most mellow and sentimental number of the 13 tracks.

Team leader Sowon said GFriend still has a lot to show to its fans. "As we have a lot of things to do, we may venture into many different concepts and musical genres."

"For this year, I hope we can throw another solo concert to share good times with our fans who give us positive energy," member SinB said. 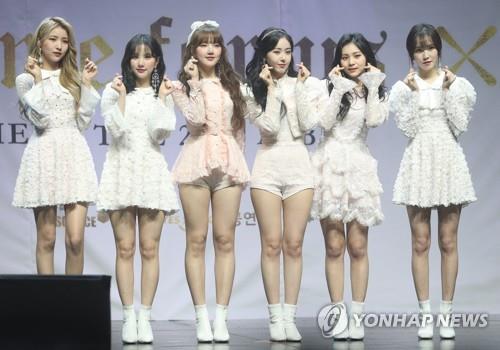