The 53-year-old hotel worker was found dead on the first basement level of the Ramada Encore Cheonan hotel, authorities said. Nineteen people, including four firefighters, suffered inhalation and were sent to a nearby hospital. Three of them were severely injured. Some of them are unconscious, a source said. 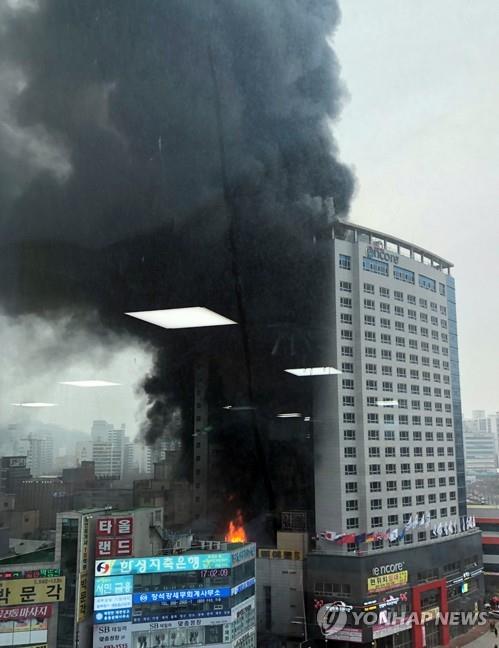 The fire broke out at the 21-story building in the city's downtown at around 4:46 p.m. The fire is believed to have started in the basement. The blaze was put out about four hours later, with its exact cause still unconfirmed. 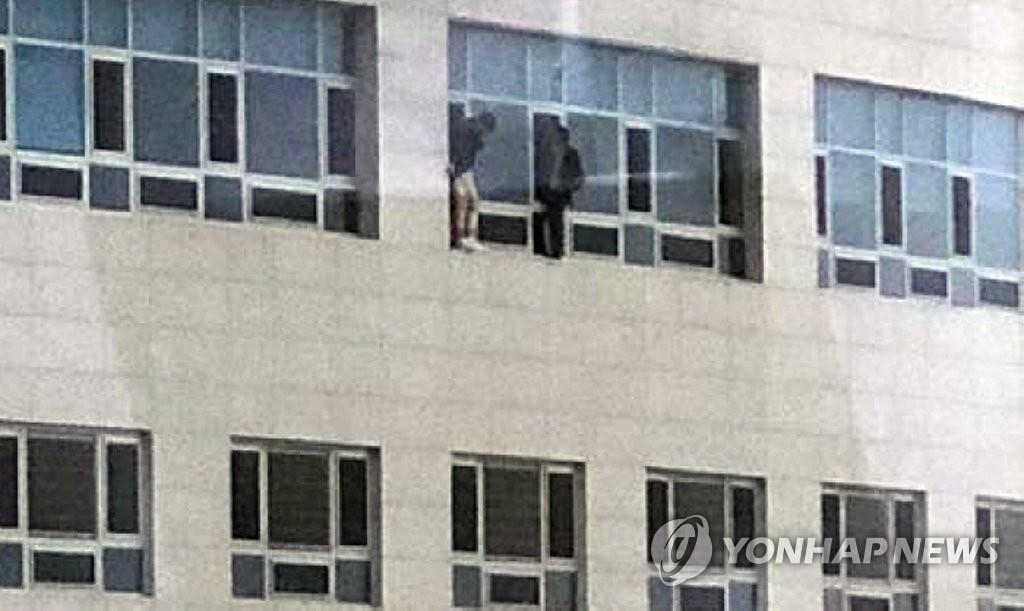 (4th LD) One employee dead, others injured in hotel fire

(4th LD) One employee dead, others injured in hotel fire